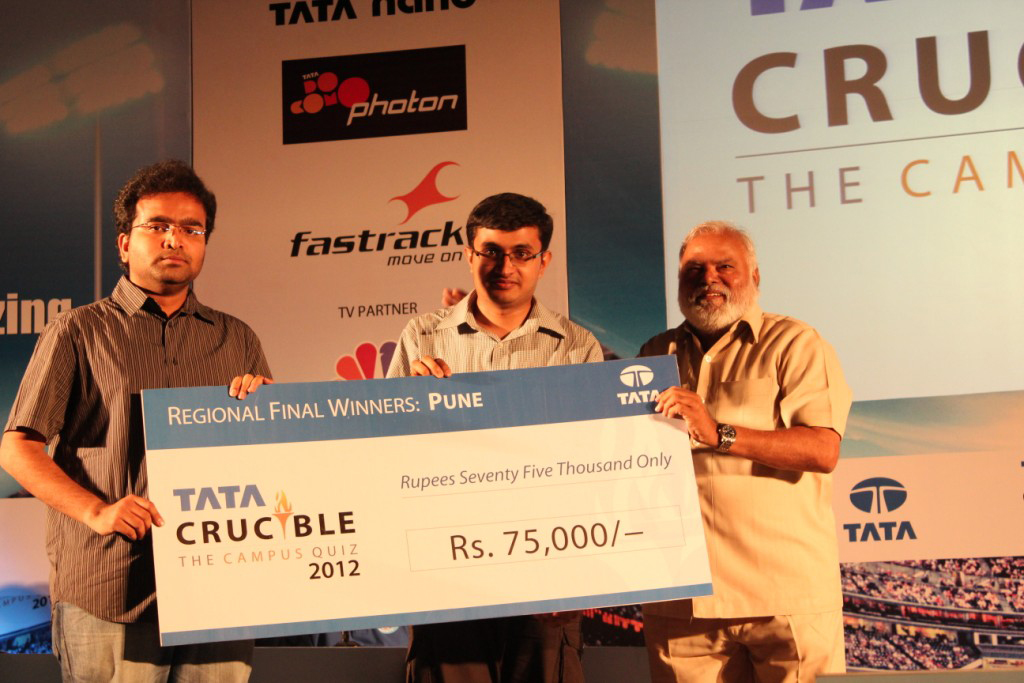 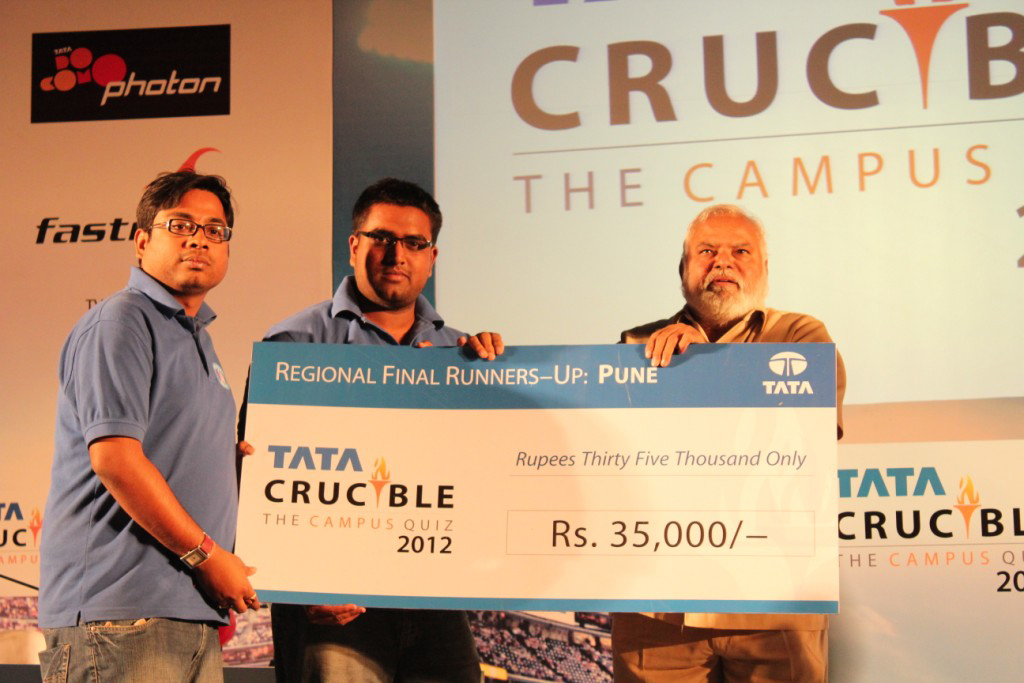 “They came, they saw, they conquered” would be an appropriate phrase to describe the amazing performance by Sachin Ravi and Raghav Chakravarthy at the Pune edition of Tata Crucible.

The afternoon began with an interesting prelim that led to the following finalists.

The final began with Symbiosis Law taking an early lead in the first round and then kept pushing themselves to produce stunning answers in each round of the quiz to get well past the others. BIMHRD, AFMC, SIBM and SIMC all tried to catch up and did get close but every time they got a few right Sachin and Raghav would move further ahead.

The buzzers did not really change the scenario but the battle for the second place became interesting and with SIBM and SIMC taking a few negatives BIMHRD started playing cautious and did not take any negatives. In the mean time, Sachin and Raghav just went from strength to strength dominating the final with an emphatic win. BIMHRD did well in the end to remain calm and finished runner up.

The guest of honour Col. Balasubramaniam gave away the prizes and appreciated the participants for being part of an ‘informative, knowledge enhancing event”, which would prepare them better for the future.