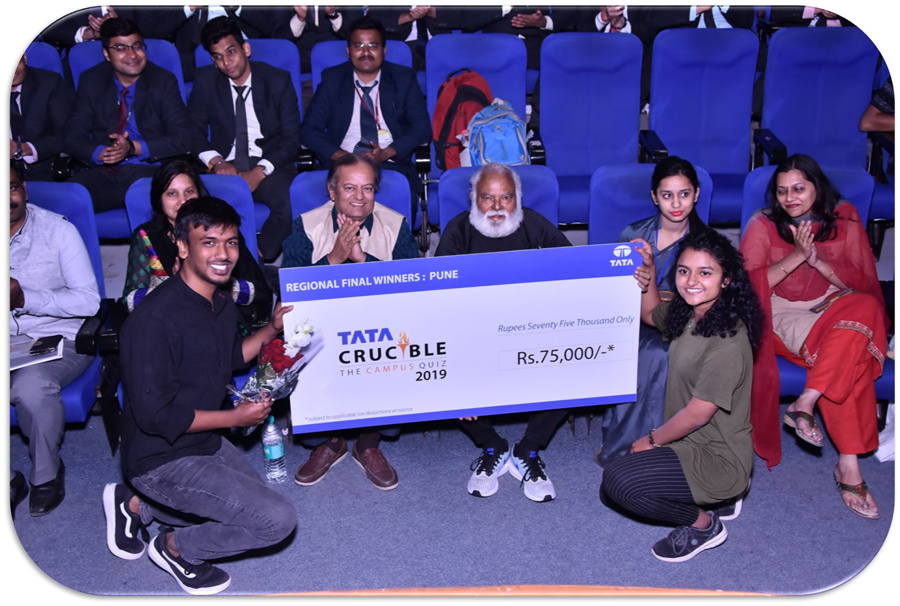 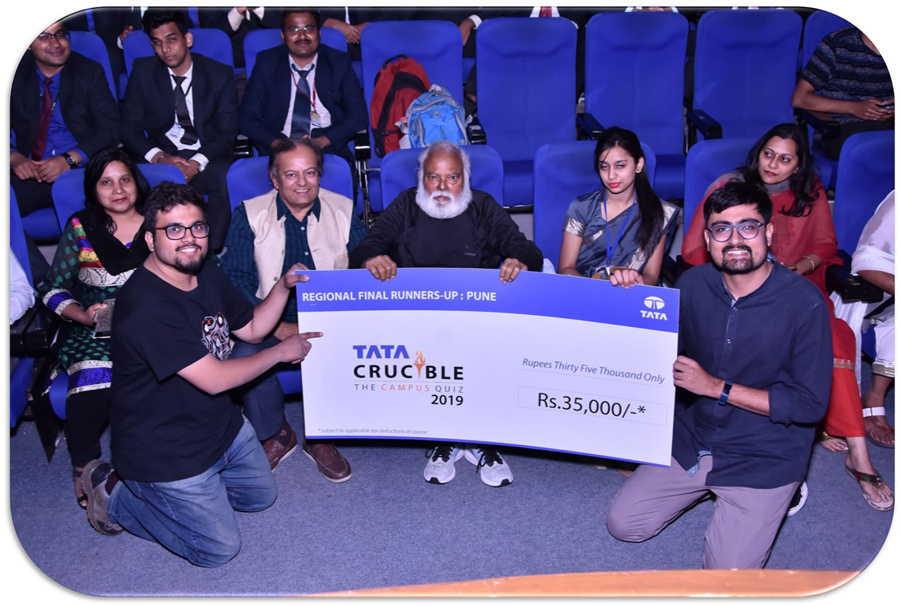 With over 600 people at the lovely Balaji institute auditorium at Pune, the stage was set for yet another thriller. This being a city that has won the national and international final of the quiz in the past and produced several finalists. After a swift prelim, the stage was set for the super over and finale.

The final witnessed a similar pattern to the Bangalore game, where one single lady on stage leading the way with the first hits. The Sinhgad team played a very mature, astute game, scoring high were required and playing carefully when the risk was not needed.

The teams from AFMC, Gokhale Institute, and SCIT all challenged Sinhgad in parts, but none were able to cross them as the latter kept scoring at regular intervals. As the quiz moved into the final phases it was a tight battle for the second spot which was eventually taken by SCIT. It was noted one of the teammates of SCIT was a former winner of the quiz on two occasions during his graduation days at Anand.

Dr. (Col.) Balasubramaniam, leading educationalist and founder of the Balaji Group encouraged the students to improve their industry awareness and said, â€œThat is what will make you a winner in lifeâ€. Pickbrain closed the day with a witty observation that as the world celebrates the Womenâ€™s Day week, women at Tata Crucible seem to do so by winning, he quipped also referring to the Bangalore win by a team with a lady contestant.