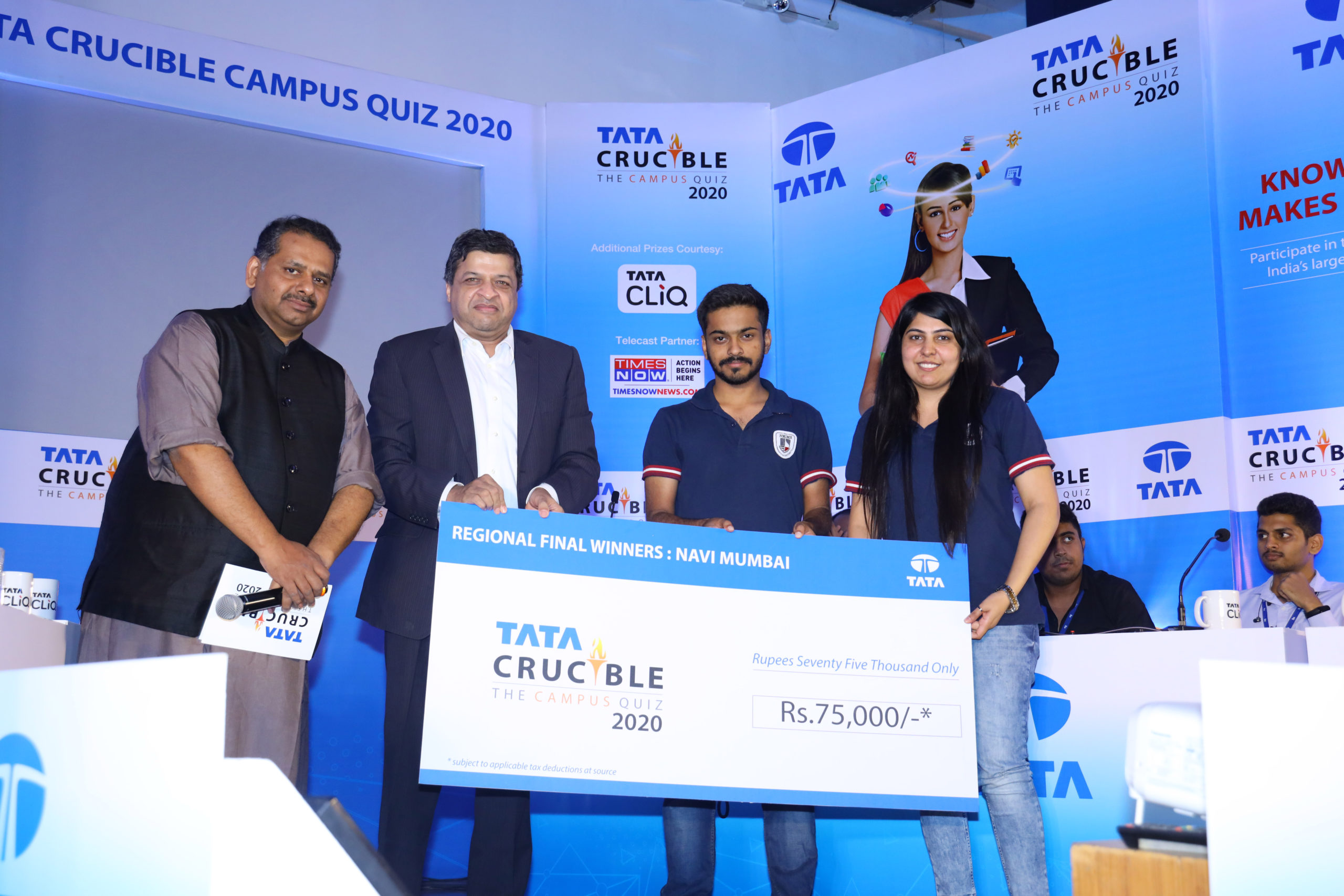 NMIMS Himanshu and Ms. Astha B 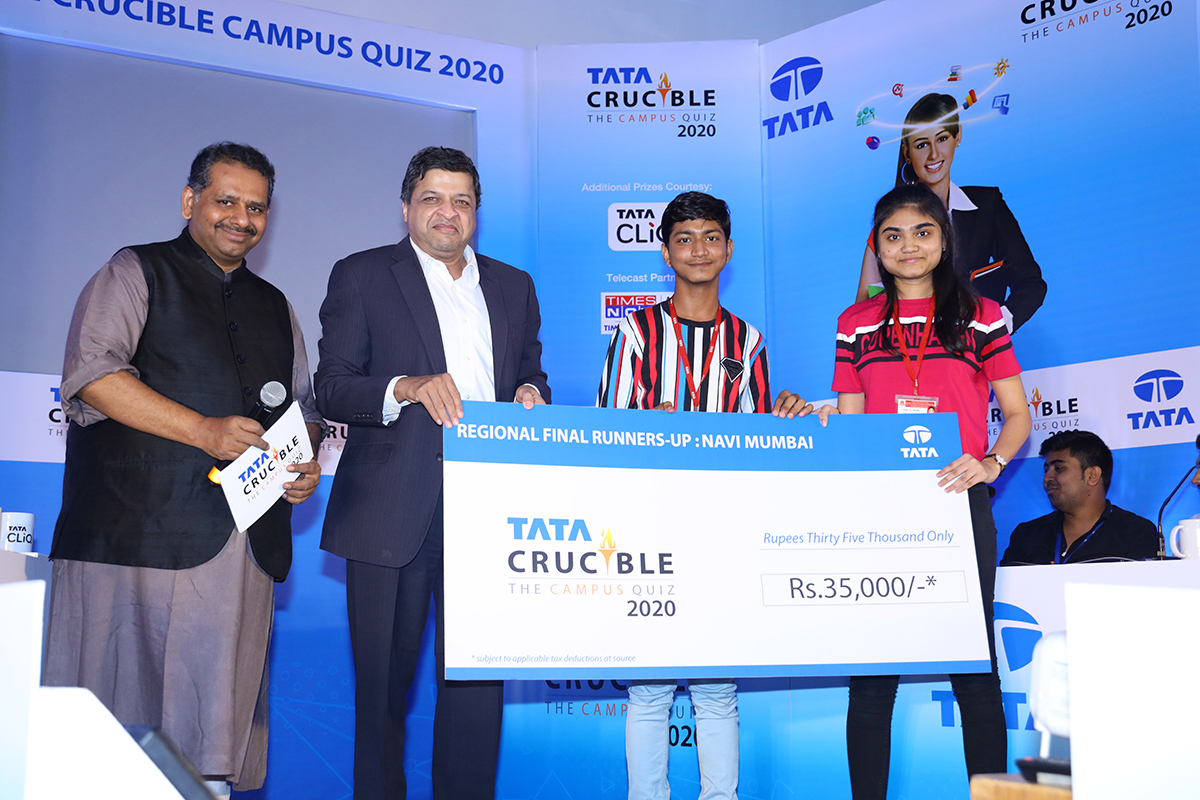 The Navi Mumbai edition of the Tata crucible quiz saw over 160 + teams competing in the prelim. The quiz host Ms. Rashmi Furtado dished out difficult prelim that stumped everybody. It turned out to be a low scoring affair with the following teams crossing over to the next round.

Ace quizmaster Pickbrain took charge of the final and set a brisk pace. All the teams on stage took a cautious approach at times choosing not to press the buzzer even when they knew the answer. It even prompted a comment from the celebrated quizmaster who rightly said, “Fear of failure will take you nowhere”.

Despite the nudging and motivation by Pickbrain, the teams continued to play cautiously making the quiz extremely interesting. With barely two questions to go 4 teams had a chance to still win the quiz. NMIMS that had won the quiz year ago mustered the courage and got a crucial answer right. That left SCCT with no option but to go for the final question. They chose to however play safe and settle for the runner-up spot, with NMIMS winning or perhaps surviving the final.

The guest of honour Mr. Chaitanya Sathe advised the teams to aim high but fearlessly.