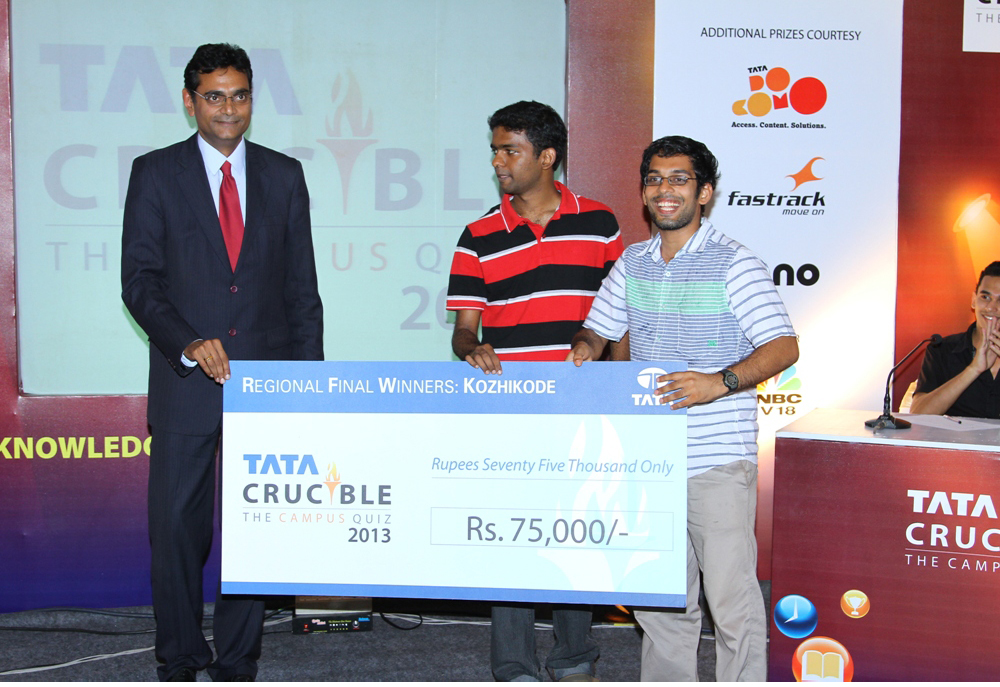 禅he air was filled with expectancy, of nervous young faces, all waiting to be part of the debut edition of Tata Crucible at Calicut. Sixty teams from across the region took the prelim which in the quizmaster痴 own words and the reaction of the teams was a shade easier than other cities as it was the first time the quiz was being held here. The wild card that followed saw a dominance by NIT and IIM and one team from each of these institutes went into the finale.

The final was an absolute thriller which seemed a four way contest for the first couple of rounds but as the buzzers started playing a greater role, the duo from NIT represented by Prashanth and Leo Francis made headway and in the final round, IIM-K made a stunning comeback with two questions remaining and led by 5 points.

As the entire audience sat on the edge of their seats NIT went for the kill and cracked a seemingly impossible poser on Peter Drucker to clinch a place in the zonal round. IIM-K with Madanish and Roy had to settle for the runner up this time (they were Coimbatore winners a years ago).

The guest of honour Mr. Manoj Janardhan, the GM of Taj Gateway Calicut appreciated the teams and felt the city reflected great promise for a quiz like Tata Crucible to come back her on an annual basis.