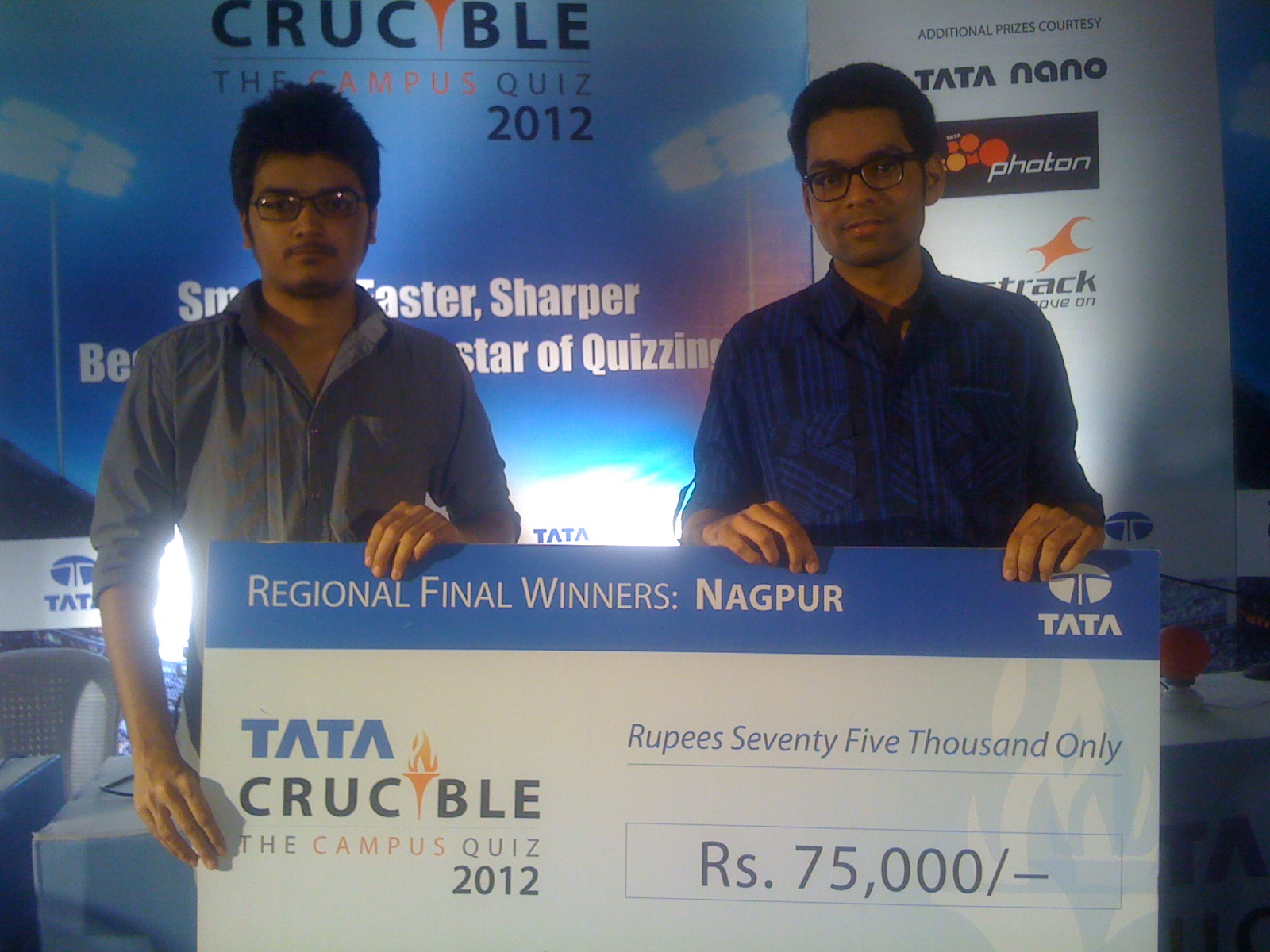 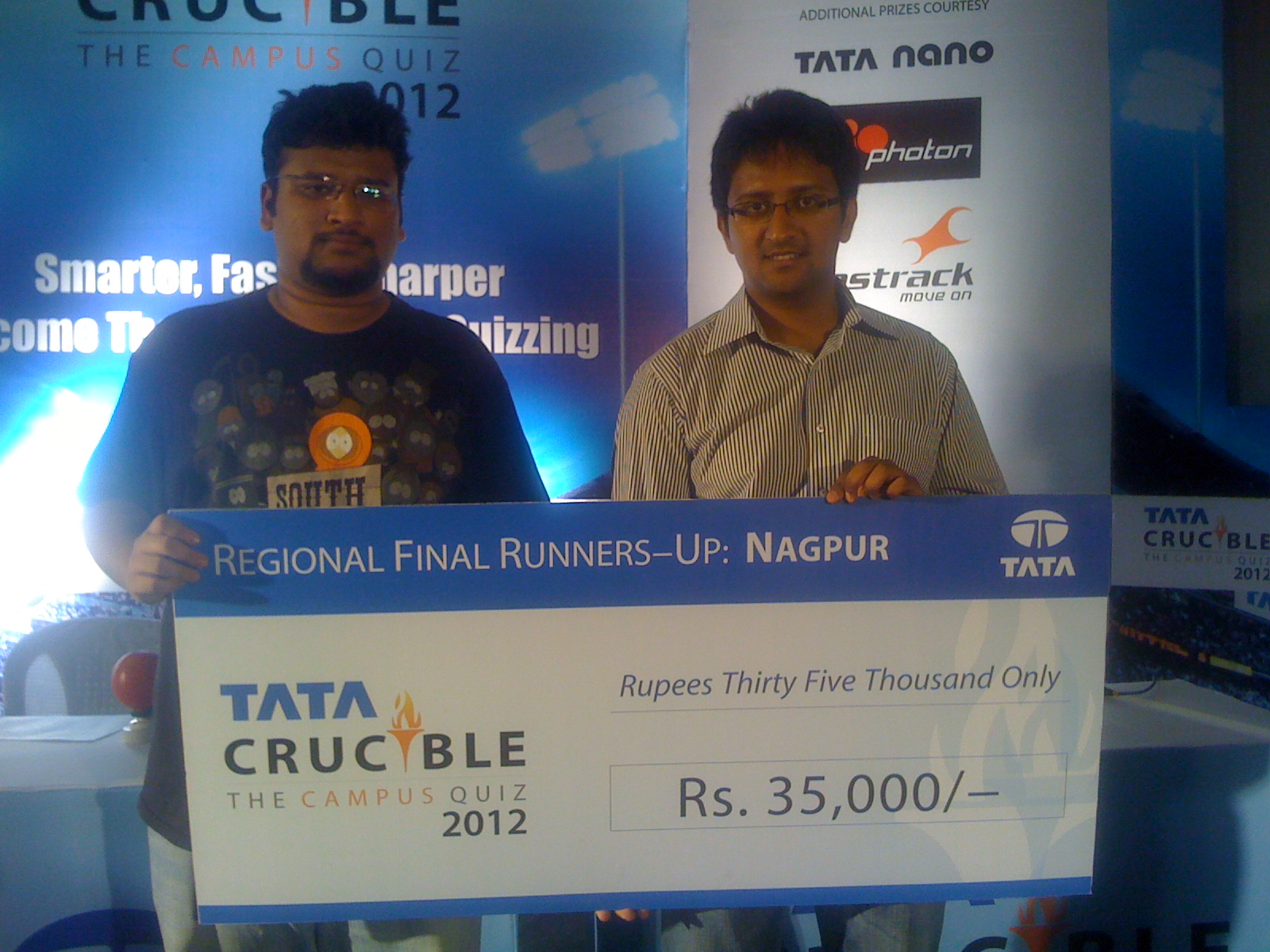 If Jamshedpur was a smashing start to the 2012 edition of Tata Crucible, Nagpur impressed everyone with a staggering 244 teams battling in the prelim. After the prelim the quiz moved to a wild card round that was closely fought with VNIT and IMT making it to the final.

The final that followed was a riveting battle of minds and nerves as SRKEC led the quiz early on with teams like IMT, IIM Raipur and VNIT (Ashik and Vikram) right behind them. The questions were extremely interesting, workable and laced with humorous answers from the teams and prompt witty remarks from the quizmaster that kept everyone entertained.

Once the buzzers came into play VNIT (Ashik and Vikram) went into the lead and SRKEC took a negative that seemed to weigh a lot on them as they just lost the momentum they had early on. Sparks of brilliance from IIM-R were well appreciated but not enough to get past VNIT who played a solid game taking no negatives ensuring a place in the final.

A tie breaker that followed between SRKEC and IIM saw the former inch past to the runner up podium.

The chief guest Dr. Sadananda Gokhale urged the students to use “both sides of the brain” and while “aiming high is important, playing the game in a fair way is more important” he said.