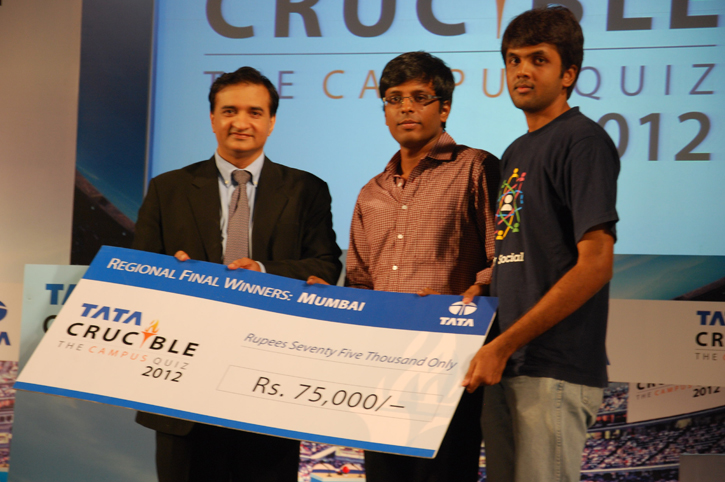 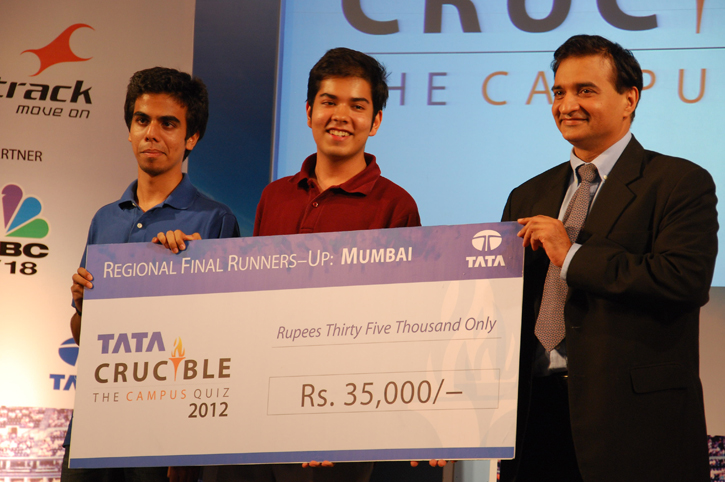 “At a Crucible you travel to several cities and then you interface with Mumbai and feels ‘it’s like a national final before the nation final'” said quizmaster Pickbrain as he opened the quiz and it seemed so prophetic a remark the way the quiz unfolded.

After a tight set of 20 questions the Finalists were…

The quiz was a tight battle from the word go. In the early rounds the Bajaj duo took the initiative as SP Jain also scored early but as the quiz progressed, other teams also scored making the game tight and intense.

The buzzers worked both ways the moment they came into play with Bajaj, NITIE and NL Dalmia all taking a negative attempting to move ahead. It was here that the IIT Bombay team made a good come back with double strikes and were on par with Bajaj. The young HR college team pulled off an amazing stunner on the buzzer and that got them on par with SP Jain which was now leading.

In the final questions it was absolutely tense but SP Jain held their nerve to pull off a victory that they would long cherish and recall. The young team of HR College finished just ahead of IIT and Jamnalal Bajaj to clinch the runner up title.

The guest of honour Mr. Sanjay Sachdev – President and CEO Tata Asset Management Ltd. gave away the prizes to the winning teams.