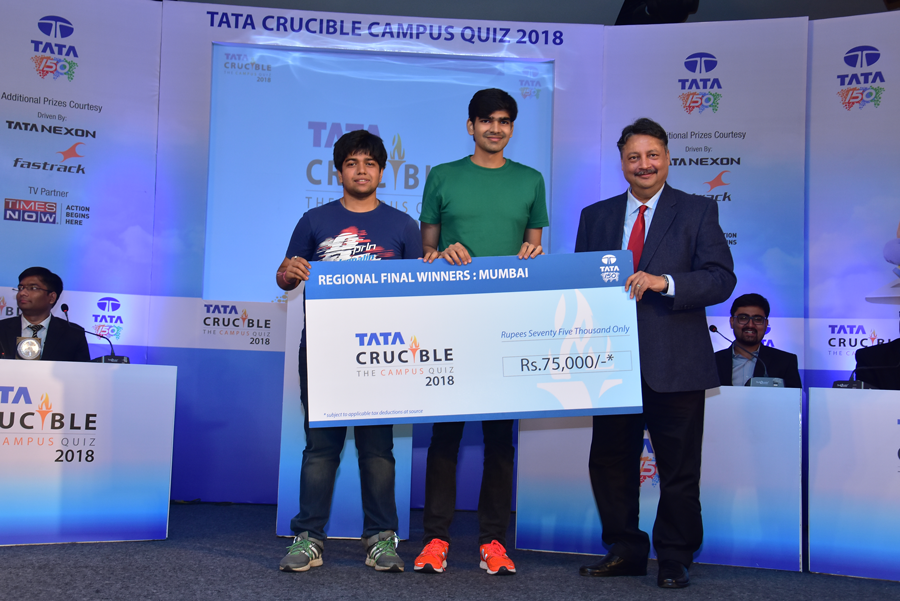 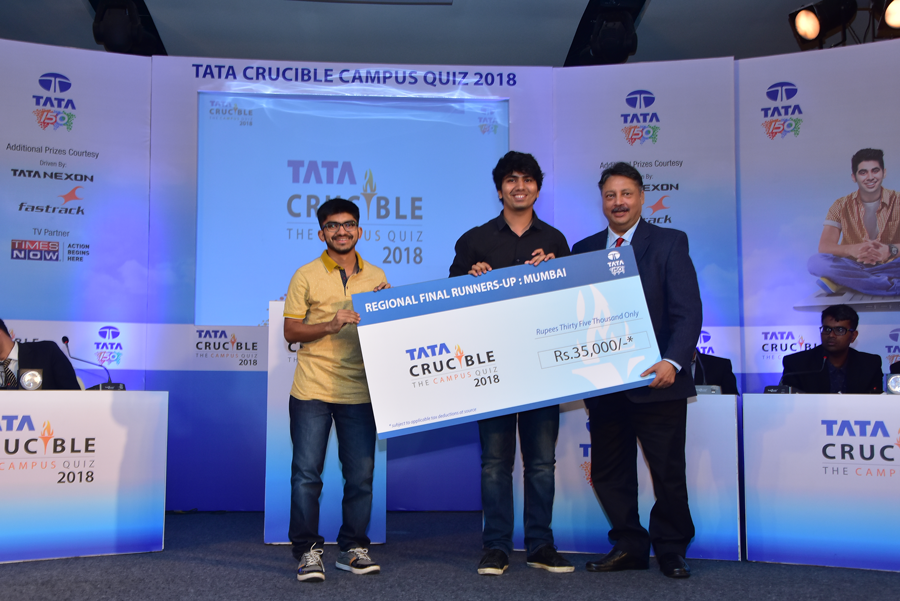 The Mumbai edition of the quiz has always been a top quality quiz given that the city hosts some of the best management institutes. Add to this are the many engineering colleges with a good quizzing culture. The quiz began with Ms. Rashmi Furtado conducting a tricky prelim of 20 questions, from which the following finalists emerged.

The finals started off in a flash with RAIT showing good intent to jump into an early lead in the early stages. The team from TISS and DJ Sanghvi took the battle to them but lost points while trying to keep up with the leaders. The team from VJTI, in the meanwhile, had quietly accumulated points but were silent for a great portion of the quiz.

RAIT dominated proceedings, winning the regional round quite comfortably. The battle for second place became interesting with TISS and DJ Sanghvi deadlocked on points while the team from VJTI were just one answer away from clinching the title. On the final question, the team from VJTI took a risk and went for the buzzer, a risk which paid off for them, awarding them the runners-up trophy.