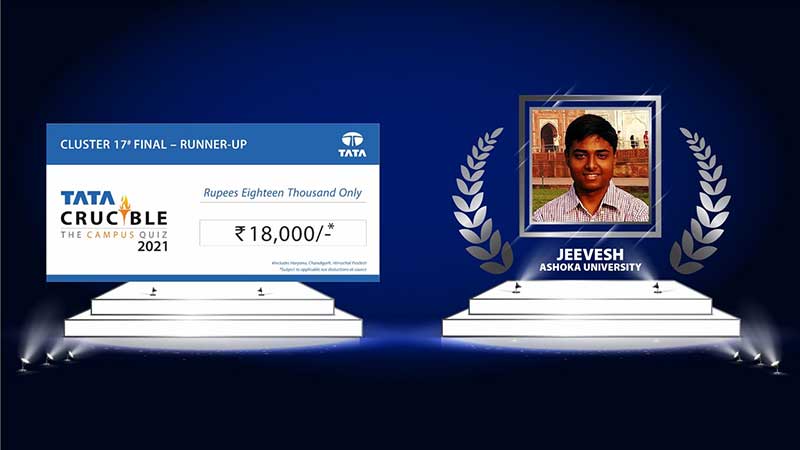 The clusters of the northern terrain are some of the toughest battles one would get to witness in Indian college quizzing, as several top colleges are located in these cities of the North. Ms. Rashmi was well prepared for the terrain with very apt questions that ensured the contestants thought it over before answering. The six who made it were:

In the finale hosted by Pickbrain, it was Kanishk who was off in a flash getting into the lead, but lost too many points too soon to be able to recover. The end of the third round saw everyone scoring, but it was Jeevesh and Shikin who were ahead of the rest. Jeevesh on the one hand waited too late to launch an assault on Shikin who was leading, while Shikin on his part did not do anything once he was into the lead. He hedged that the pressure would be too much on the others and all he needed to do was to hold on.

He did that craftily to move into the nation’s top 24. The guest of honour Prasad, N. G., Professor from IISER, encouraged the students with his excellent yet crisp words, on how to be a part of research and also on how research was so vital today across industries. He advised the students to have an ‘open mind’ to everything that unfolds in front of them, and to be open to perhaps disruptions too that one would be a part of.