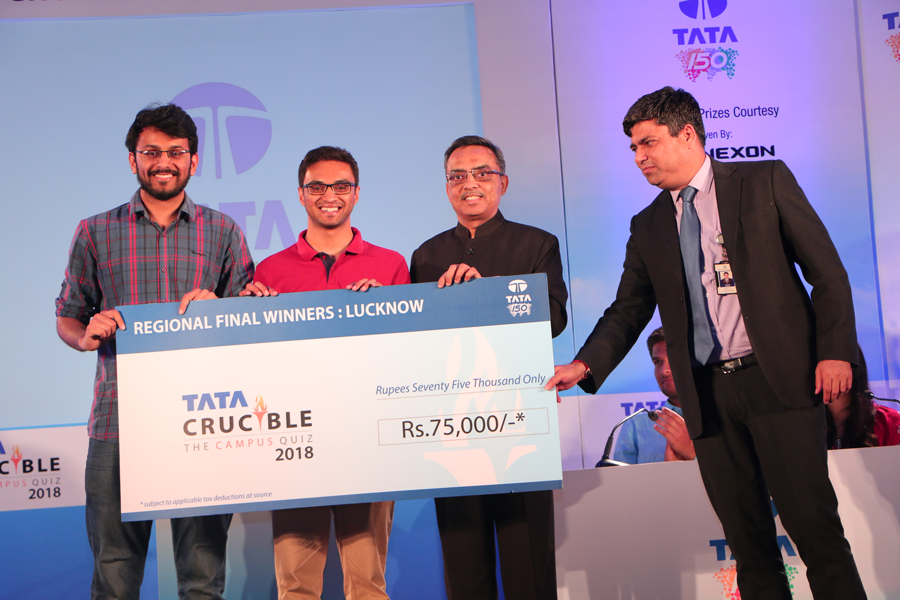 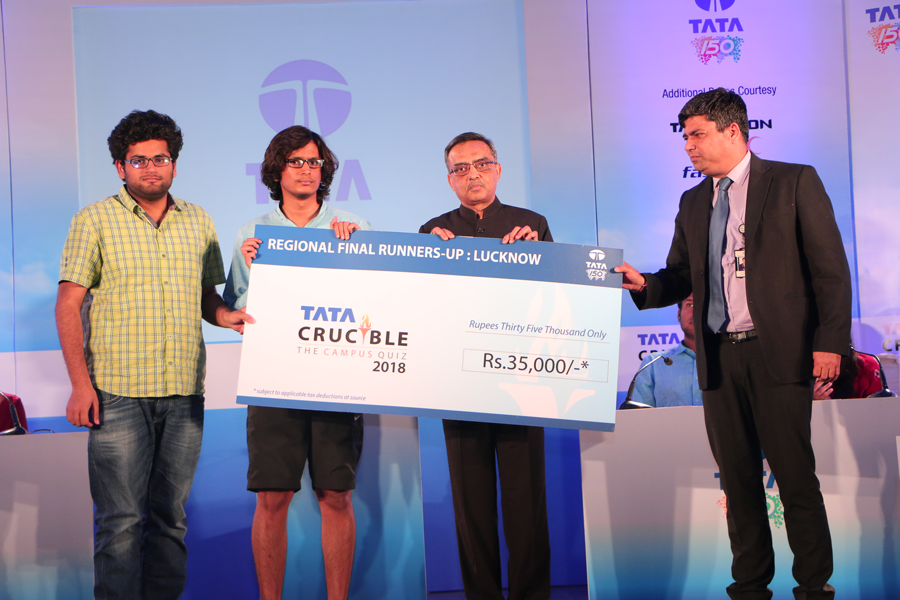 The city of Lucknow is known for it’s talent in the world of business quizzing with several top institutes located in the region. Quiz host Rashmi Furtado, set the tone with a not so easy prelim, her clues too were measured as she knew the standards the city would set. After a crisp prelim, the finalists who made it were:

The final was extremely faced paced with the duo from IIT Kanpur going blazing on all guns, getting off to a dream start. It took a while for a calm and collective IIM team of Akshath and Abhijeet to claw their way back into the final.

From there on it was a head to head battle between these two teams as quizmaster Pickbrain belted out tough posers from his repository to test these teams. As the quiz moved on the lead position kept shifting between these teams and it went down to the penultimate question where IIM moved ahead by a mere 50 crubit. That however was significant as it put pressure on IIT to go for the final question at all cost, which they did only to miss out and having to finish runner up.

The battle saw both the top teams cross a 1000 cruibits which in itself was a national record. The guest of honour was Mr. Rajan Shukla, Senior IAS officer and Principal Secretary to the Govt. of UP. In the context of the quiz though he was aptly introduced by the quizmaster as a former Tata Crucible champion. The guest advised the teams to enjoy knowledge and also underlined how various cities across UP had become huge centres for quizzing.