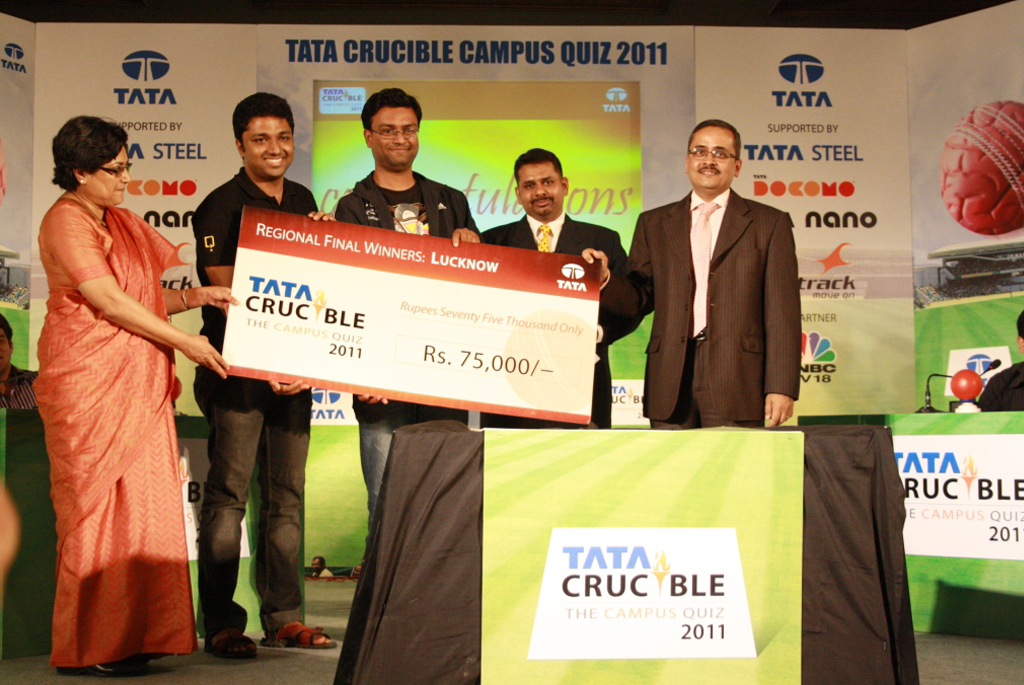 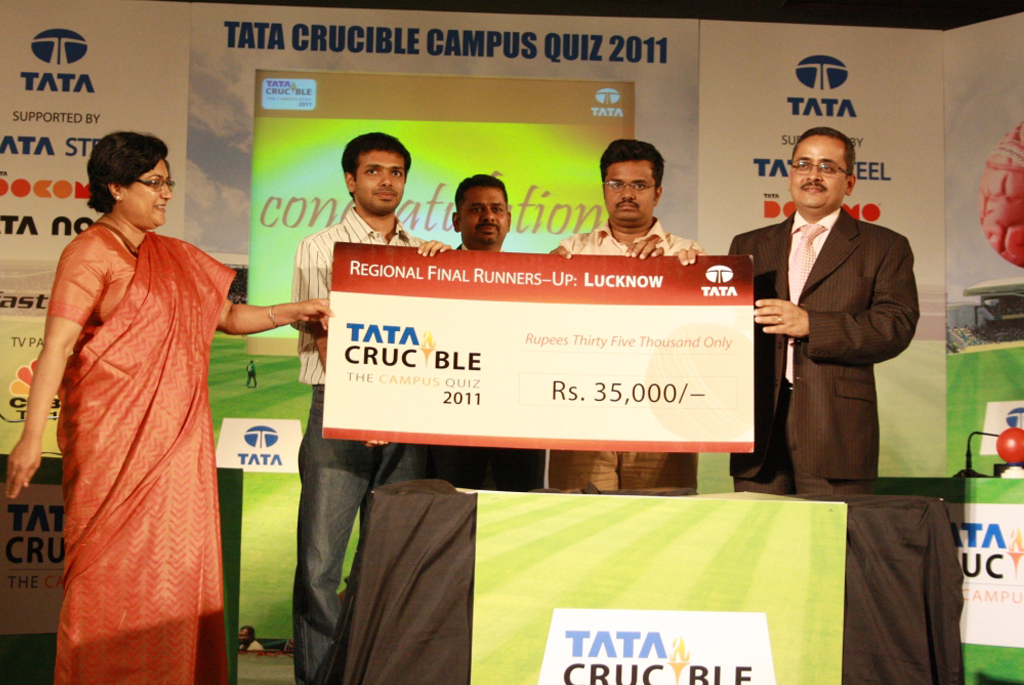 Lucknow smashed the participation records for the year with over 350 teams participating in the quiz. The quizmaster had to host multiple sets of prelims to accommodate all the enthusiastic quizzers.

The first couple of overs of the game witnessed Ram Sarvanan and Philip Eranat from IIM took the lead and looked set to do well. As the buzzers came into force the other IIM team represented by Sumantra Mukherjee and Anurag Singh started pulling along and as the next couple of overs were consumed it emerged as a clear two way battle for the top honours.

The other four teams did come up with some good answers towards the end but it seemed too little too late. At the end of the final over Sumantra Mukherjee and Anurag Singh had scored a massive 67 while Ram Sarvanan and Philip Eranat finished with an impressive 50. Pickbrain observed that with a 50 they would have won the quiz in all the previous cities of the quiz but at a Lucknow the quality of the battle was such that they had to settle for second.