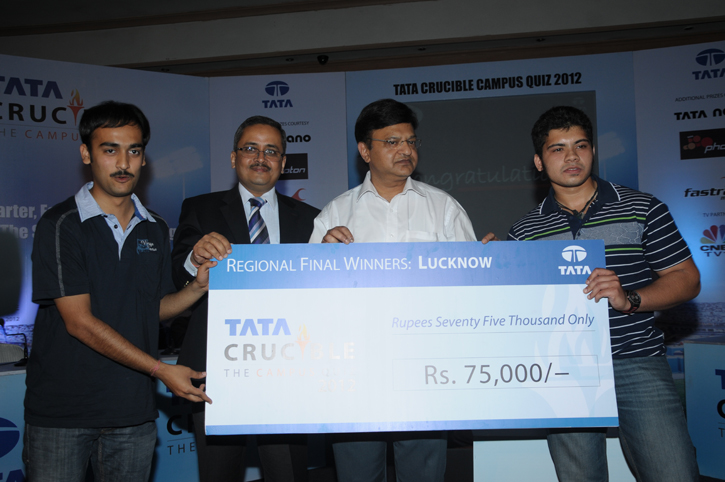 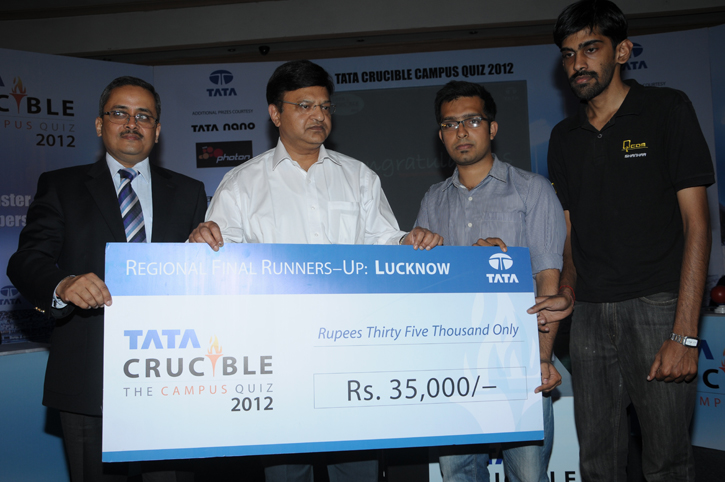 Runner Up, IIM-L: Govind and Selvashankar

“The old order changeth yielding place to the new” said quizmaster Pickbrain referring to the HBTI Kanpur teams victory over IIM Lucknow that has never lost a Crucible in this city. Mr.Jayant Krishna the head of TCS Lucknow also pointed out that while it represents the mood of change in this state it also underlines a government college rising to the occasion against some well known names like IIT, IIM and BHU.

The prelim was interesting and the following made it to the final were:

The final started with a bang and HBTI Kanpur which made it to the final after a brilliant run in the wild card, kept up the same tempo and blazed away to a rapid start. So good was they start that it prompted a comment from the quizmaster that “No one know IPL is launching today at Taj Lucknow”.

Wit and Wisdom were rolled into a package of amazing entertainment here as teams battled through chasing HBTI. The only two teams that came close to challenging them were both from IIM. However, by the end of the buzzer rounds it was these two IIM teams that were locked in a tie for the runner up title as HBTI Kanpur created a record for being the first non IIM team to win at Lucknow.

The guest of honour Dr.Anil Kumar Gupta (IAS), was equally witty with his crisp remarks saying ‘With the kind of talent I see here, it gives me an inferiority complex’. He gave away the prizes to the winning teams and wished them luck for the national final.