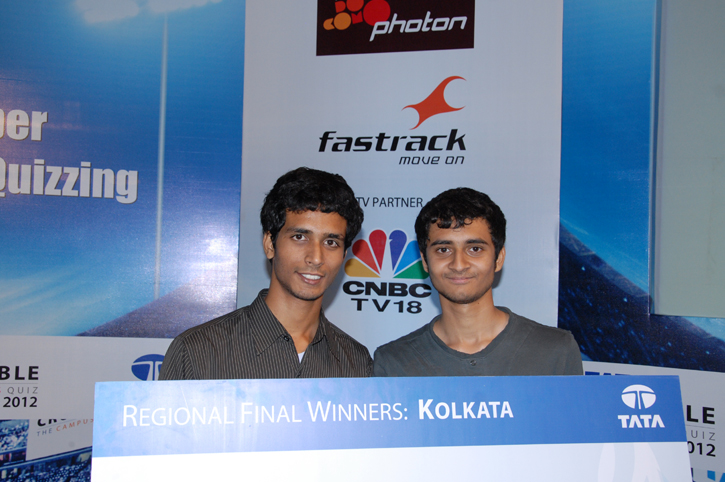 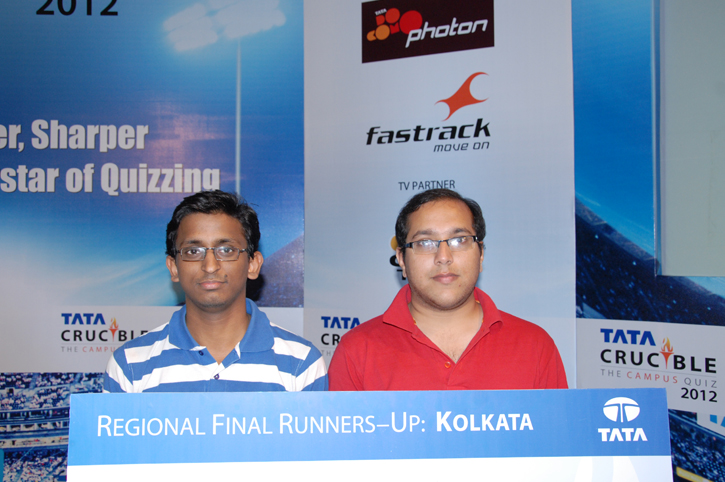 ‘Young is the order of the day in India’, the phrase, was testified by a team of undergraduate students from St. Xavier’s who took on the might of the IIT’s and IIM’s to emerge champions in a very high quality finale at Kolkata. After a wonderful prelim peppered with a few questions from Eastern India had the following teams make it to the final:

TThe final started with a set of tough questions in the first round that made teams quickly realize that the quiz required them to think beyond the normal horizons of a college quiz. Barely a round later, teams were in the thick of things adjusting to the ‘thought based’ quiz applying logic to work the answers and not merely trying to recall facts.

While the young Xavier’s duo set out on a quick lead all the teams scored sooner than later to close in on them. As the buzzers came into force a few teams tried forcing the pace, some gaining and some losing. In the lateral thinking rounds the IIFT team did remarkably well to strike multiple blows and draw level with the Xavier boys who were now playing a little cautious.

The final question had these two teams on the same score and the young duo from St. Xavier’s cracked a poser on the Boston Consulting Group, evidently an answer well beyond their years, reflecting the manner in which they had prepared for a Crucible. It certainly was a victory for them and Kolkata to cherish as a young team made its mark on the national stage.

Renowned Dr. Chandy – Head of Tata Medical Centre was the guest of honour. He appreciated the performance of the teams and wishes them well for a great future.