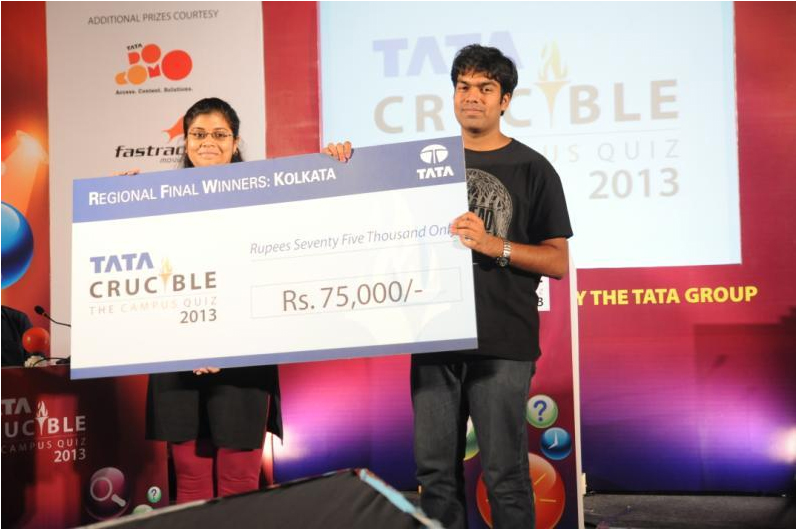 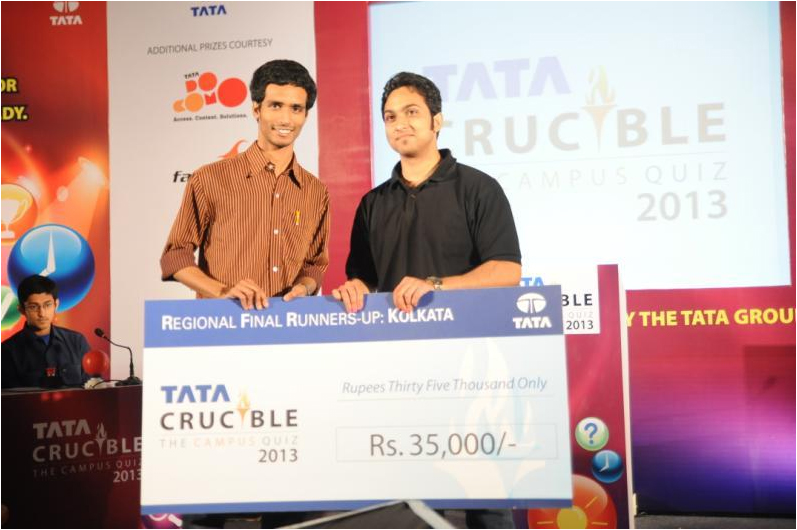 An early morning shower brought a lot of relief to the surging temperatures in Kolkata and it seemed like a perfect English afternoon as teams converged at the beautiful Taj Bengal for the Kolkata edition of Tata Crucible. After a tough prelim and a quick wild card the following made it to the final.

The final saw IIM-C off to a good early start but after the initial rounds they did not maintain the tempo and were stuck on their score for too long. In the interim Presidency Univ. and St.Xaviers represented by Ms.Ayushi and Hembram did well to get ahead along with IIM-C.

In a close battle that followed it was the buzzers that came handy for the Presidency duo of Ms.Shritama Bose and Siddhanth who went on to win the title. As a twist to the tale on the final question, the Jadavpur duo came back from behind and drew level with St.Xavier’s to force a tie breaker which they won to finish runner up.