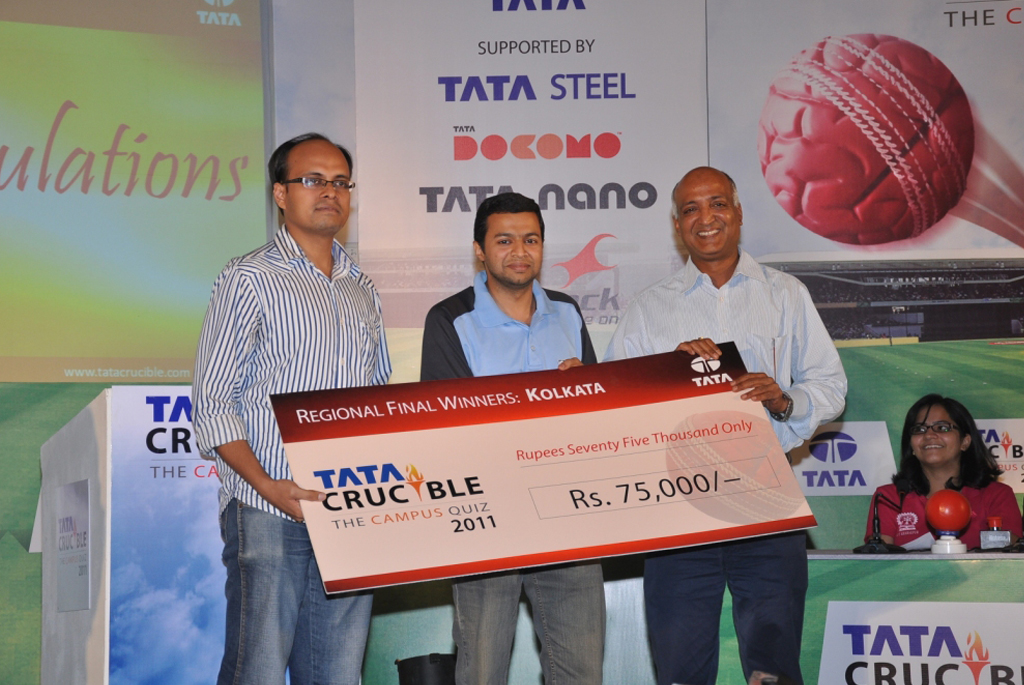 The Kolkata edition of the quiz lived up to the reputation of a great quizzing destination as over 150 teams battled in the prelim for a place in the coveted final. The quality, enthusiasm and energy levels of the participants and the audience was an absolute treat as the ultimate winner seemed to be knowledge sharing and learning.

The final began with a high powered super over for teams that finished from position five to ten in the prelim and in many ways that set the tone for the amazing finale that followed. The super over to identify two finalists went right down the wire to the last question and a tie breaker before VGSOM – IITKGP with Ashish and Shubham and IIMC with Prateek and Sunil made it to the Kolkata final.

The final was an absorbing battle that had all teams start well. The IIFT duo of Shashank and Ved Vyas then raced ahead to a good lead before the IIM-C pair of Parijat Garg and Siddharth Sreenivasan caught up with IIFT aided by good strikes on the buzzers.

At the end five thrilling rounds and some amazing quizzing IIM-C got the better of IIFT to make it to the national finale, yet again.