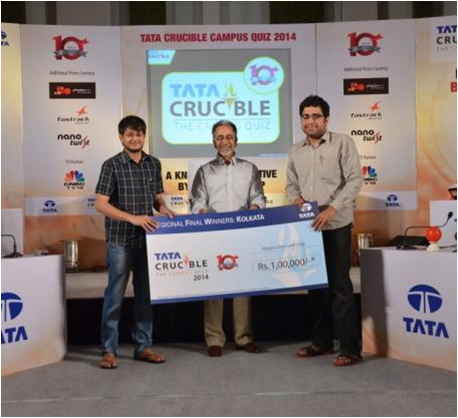 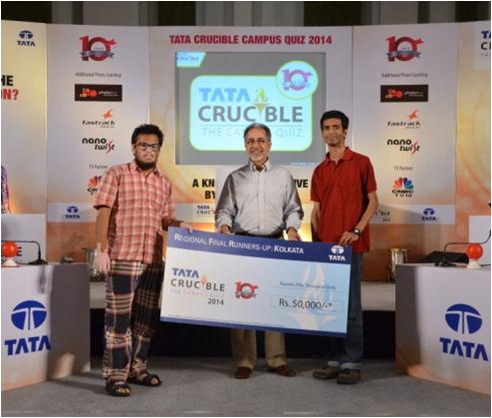 The quizzing capital of the nation as Kolkata is often referred to, did extremely well in a business quiz though many of them still prefer the normal general knowledge fare to specialized quizzes. A quick prelim and we were underway with the finale.

The first two rounds of the quiz reflected how all the teams were equally capable of winning the battle as most teams were on the same scores. It prompted the quizmaster to comment ‘No wonder even hosts feel nervous at Kolkata’.

The onset of the buzzers helped IIFT gain a few points while others teams also progressed till it all came down to the final round where the IIFT duo cracked a 15 point poser to clinch the title while the Jadavpur University team had to get the better of IIEST in a tie breaker to win the runner up title.

The prizes were distributed by Mr.Viresh Oberoi, MD and CEO, mjunction.