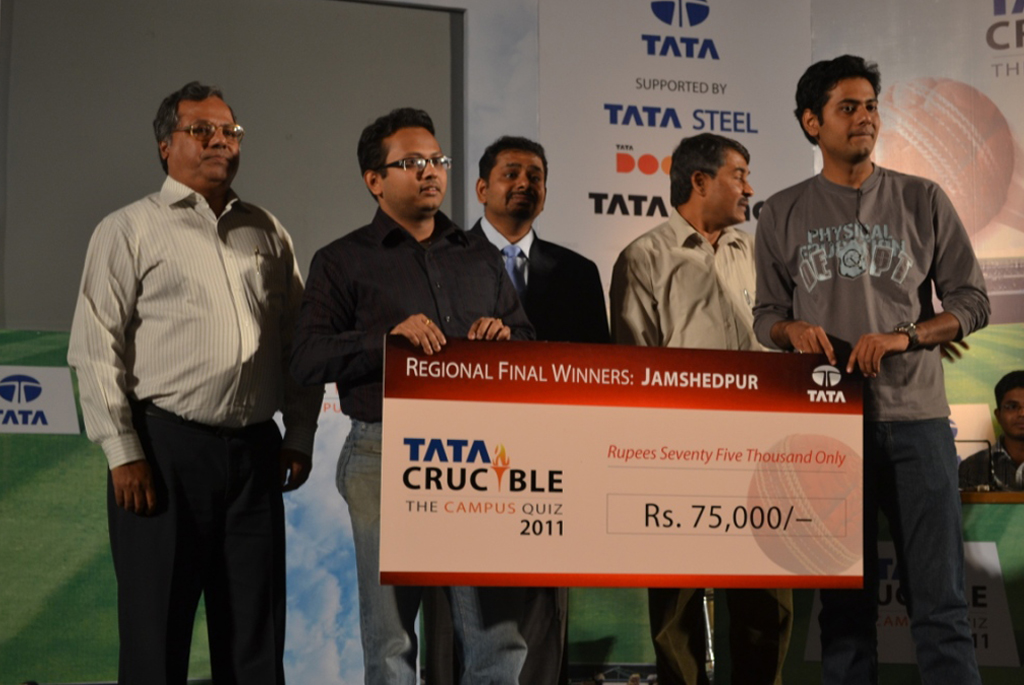 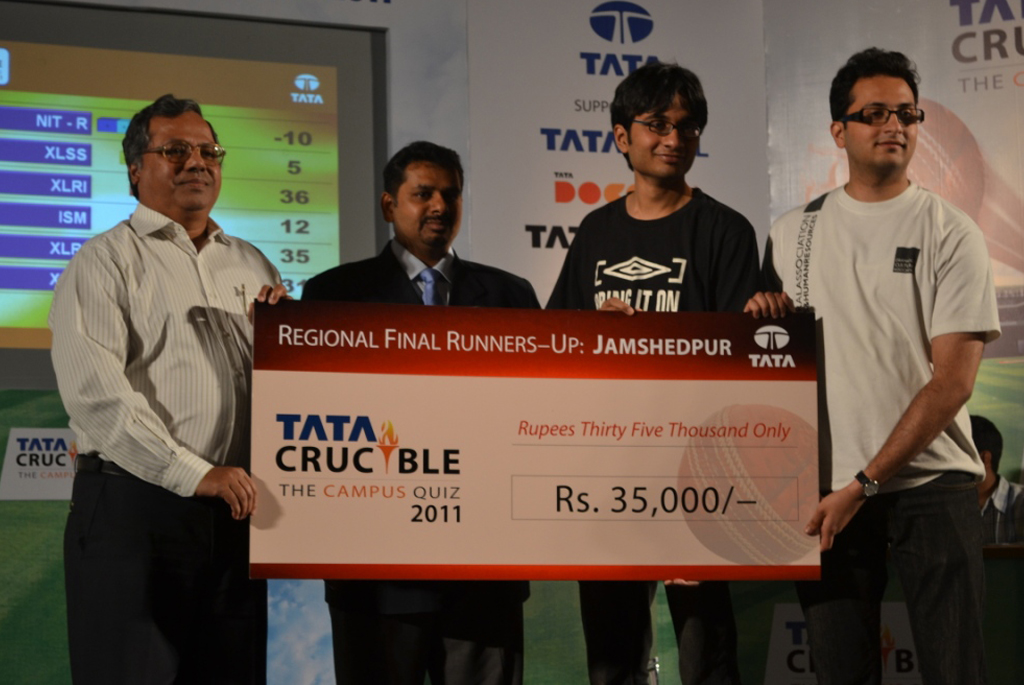 The Jamshedpur edition of the quiz witnessed an absolute thriller as the ‘game’ was won off the last ball with a ‘super six’. The cracker of a final which saw a pitched battle between the teams from all over Jharkhand was a fitting finale on the day the state also proudly presented the closing ceremony of National Games.

The first few overs of the game saw Mandar and Pranav lead the way with some very good strokes that got them early runs. This was followed by a brilliant rally by Karthik and Sri Ganesh. The boys from ISM also did well but in bursts and could not maintain the momentum. The other XLRI team of Depanjan and Ankit played the game like a marathon, always there but never ahead till the final overs.

The Karthik and Sri Ganesh gave a couple of brilliant answers to almost win the quiz but on the final ball it was a ‘super six’ by Depanjan and Ankit that got them the title while the former finished runners up for the second year in a row.