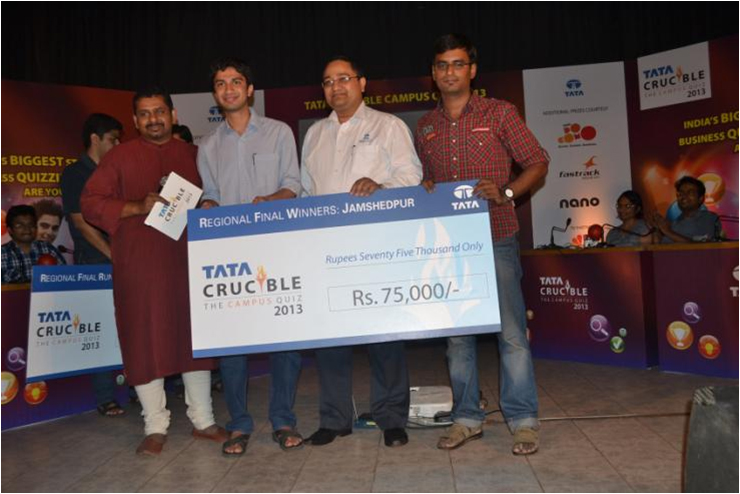 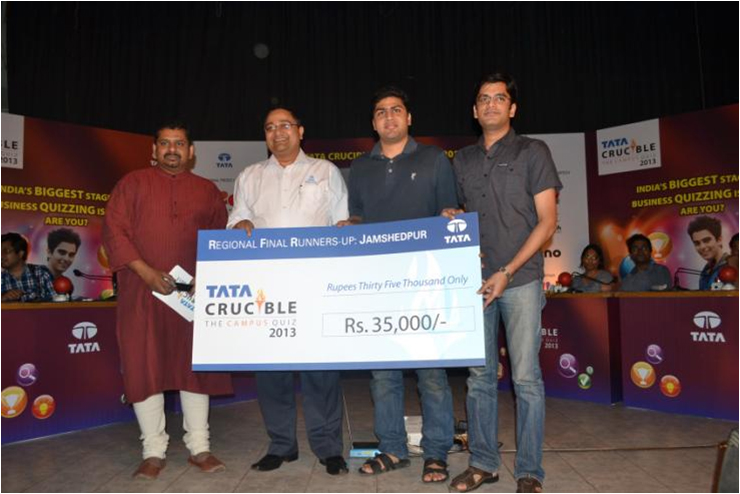 The presence of a galaxy of renowned institutes from across the Jamshedpur region meant the pressure of the quiz was felt even before the battle began. Teams from Dhanbad, Ranchi, Rourkela, Kharagpur and Mersa all converged at the steel city.

The prelim was well balanced but from the reactions of the teams it was evident that many of them had done well. With 74 teams the norm would have been to play one wild card round but the quality of the teams and the scores were such that it prompted the quizmaster to have two wild card rounds. The teams that finally qualified were:

A high quality prelim led to the final six teams:

The final was interesting, tense and absorbing as IIM Ranchi took an early lead but soon found stiff challenge in the XLRI duo of Chinmay and Sourabh. While the other teams did well in bursts, they could not really sustain momentum and it became a battle between XLRI and IIM over the next couple of rounds.

As the buzzers continued to play a role, Chinmay and Sourabh proved to be too quick and better prepared for the afternoon ensuring they got beyond all the others with a very comfortable lead and did not even have to attempt any question in the final round to secure a berth in the zonals. Team IIM won the runner up title.

The guest of honour Mr.Bimlendra Jha, the Executive Director Group Strategy of Tata Steel was the guest of honour. Addressing the youngsters he said “While you are all sharp young people who know a lot, the attitude you need to build is to be able to never say I know, for it will keep you open to learning and people, ensuring a higher chance of success at all times”.