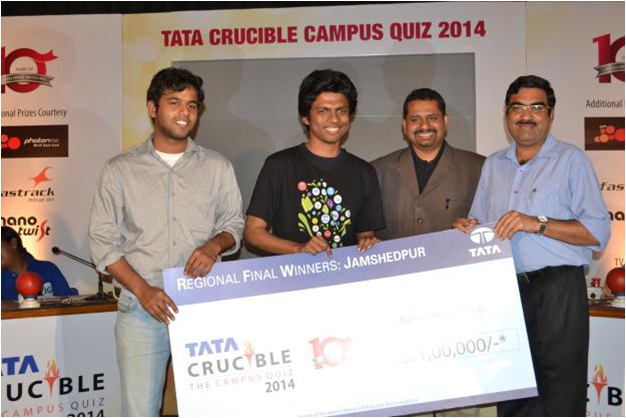 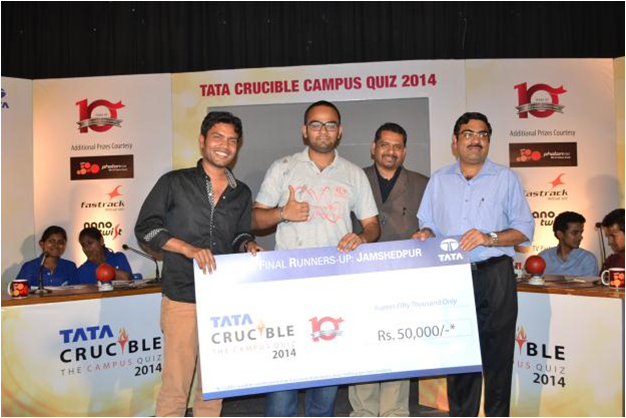 The capital city of the Tata Empire is well known for fostering education and knowledge for decades. The Tata Crucible edition here is a tribute to that belief as teams from all over including school kids throng the venue, year after year, to be part of India biggest quiz on campuses. The scene was no different this year as teams converged and a tough set of 20 questions for the prelim set the stage.

The final began with NIT Jamshedpur getting off the blocks first and in the initial rounds it seemed a battle between them and the duo of Ajay and Moorthy from XLRI. However, as the quiz progressed into the next couple of rounds more teams started scoring.

It was the onset of the buzzers that brought the team from XLRI of Prithwish and Abhishek into the spot light. They started scoring at regular intervals but mid way into the final, it was NIT that was leading, the margins thin though.

The battle continued well into the final round and with one question to go two teams, XLRI (Prithwish and Abhishek) and NIT were locked on the same score. On the final question the former held their nerve and cracked the poser to move into the zonals for eastern India.

The guest of honour Mr.Sandeep Dhir, Chief Capability Development, Tata Steel congratulated the teams and gave away the prizes.