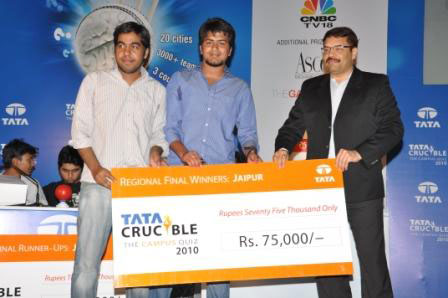 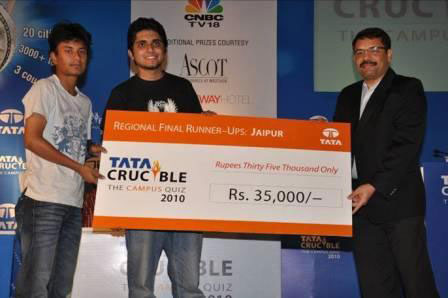 A fairy tale quiz with an unpredicted ending was the script of the Jaipur match. Much like the Rajasthan Royals, a disciplined and dedicated team from Arya Institute of Technology beat the much fancied BITS Pilani who were there in full force with as many as three of their teams making it to the final.

Before the final the wild card was dominated by BITS Pilani with four of the six teams on stage from BITS and two of them eventually making it to the final.

The quiz was a true 2020 game changing with every ball bowled and ever over crossed. In the early stages of the game it seemed like one of the BITS Pilani teams would surely win given the way they started. As teams played a little cautious in the first over on power play, Pickbrain cautioned that being overtly careful can be a recipe for disaster in a format like this.

As the quiz moved into the second and third over, it was such a close battle between all the teams, so much so that everyone was at the edge of their seats. It was at this point in time that the duo from Arya came up with a few superb strokes to move ahead of all the BITS teams.

Then came a cameo from Deepak and Vivek of BITS who went all out on the buzzer but in their quest to catch up with Arya they were forced to err on a few hence losing precious ground. On the other hand, Aditya and Srijan, also from BITS, played it cautiously to secure the second place as Ankit and Sunil consolidated their position to win the quiz for their institute for the first ever time at a Tata Crucible. The young duo of Utsav and Ashwin from BITS finished third.