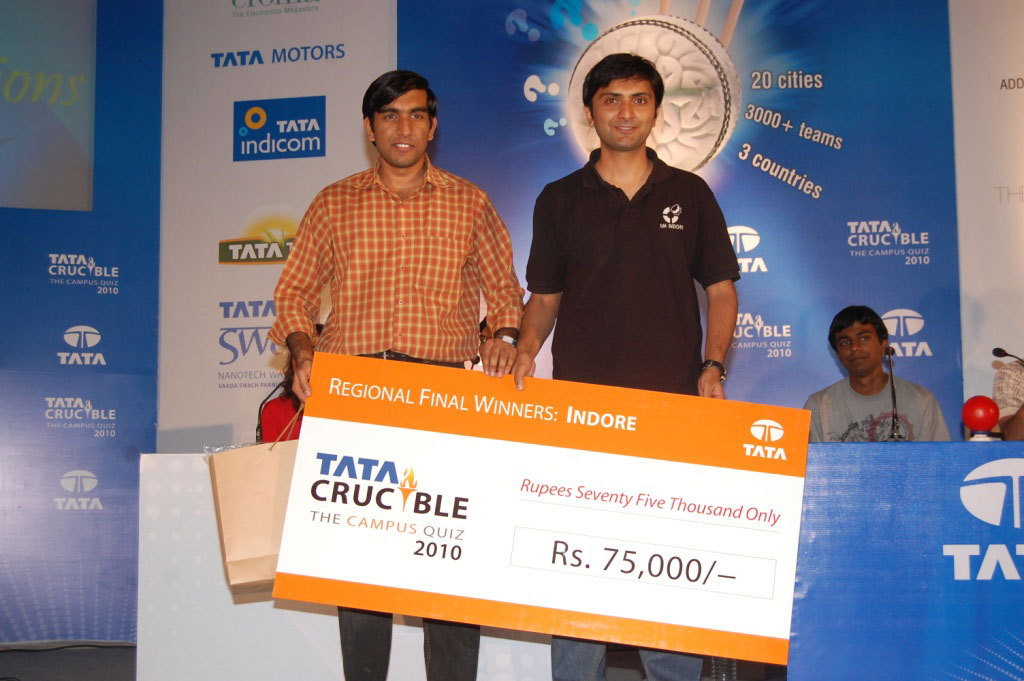 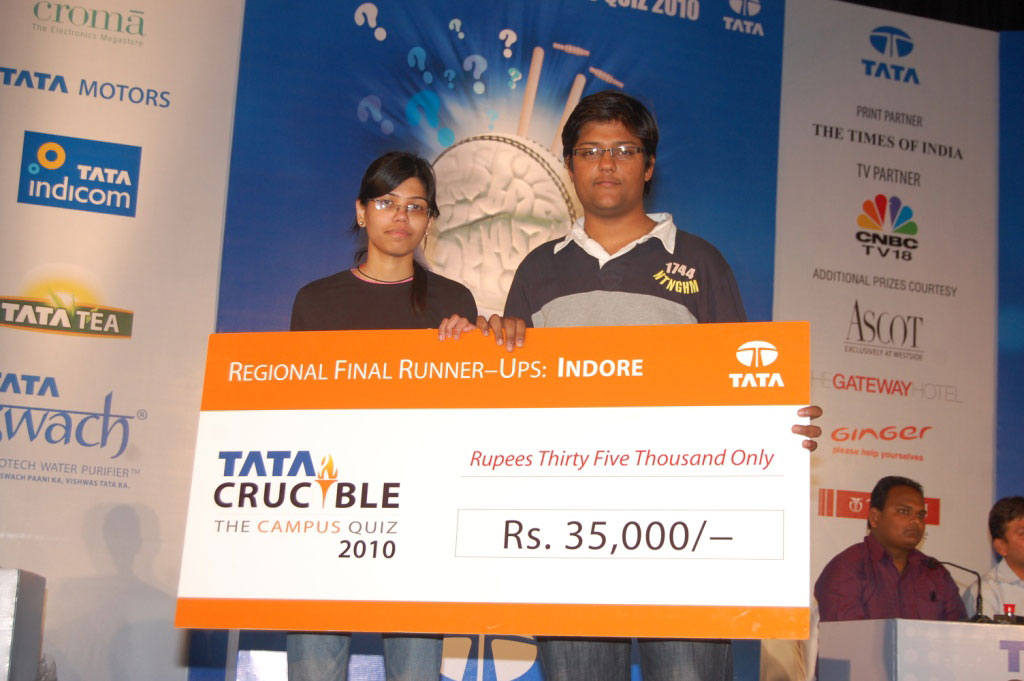 The Indore edition of the quiz smashed all its previous records to register a participation of 242 teams marking its arrival on the big city quizzing map in terms of enthusiasm and keenness towards a business quiz of this stature. The prelim was followed by two wild card rounds, both won by teams from IIM Indore, who ensured the maximum possible three teams from a single institution was utilized, to the maximum, by them.

The final was a battle for five teams trying to play catch up with the defending champions from 2009 – Sai Ganesh and Debashish Mishra who started with a cracker on the very first question and looked well prepared to go the distance. As the quiz progressed into the buzzer phase IIM represented by Akshat and Siddharth and team IIPS with Ankita and Anshuman came up with some brilliant answers to add to their tally and move closer to the leader.

In the final round of the quiz Sai and Debashish took a negative to set up an interesting final question where technically the duo from IIPS could have pulled off an upset with a super six (12 run cracker on a first clue) but Ankita and Anshuman displayed great maturity to not risk something they were not sure about and secured the runner up prize of Rs.35,000. Sai Ganesh and Debashish Mishra won themselves Rs.75,000 for a second year in succession and will now look to improve their performance on the national and international stage.

Pickbrain ended with a lovely observation that the true winner on the day was Indore quizzing and applauded the overwhelming response from the city colleges.