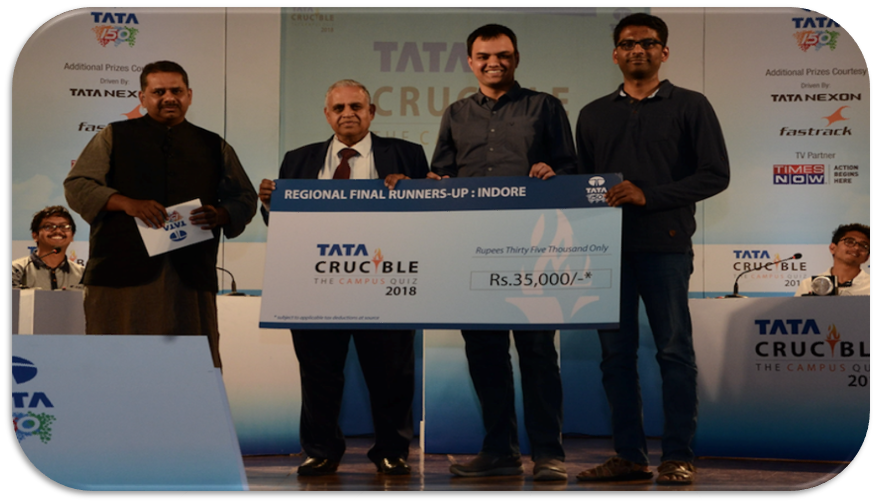 Large crowds filled the auditorium at the sprawling DAVV campus as did the excitement and anticipation of the biggest business quiz that visits this city. Teams travelled distances akin to a pilgrimage to be part of this annual fare. Pickbrain was very business-like as he belted out the 20 preliminary posers in quick time. The finalists who qualified were:

The final witnessed the teams from IISER and IIPS take early leads as the teams from IIM took their time to warm up. As the quiz progressed the duo of Divij and Leo slowly started scoring a good frequency to not just catch up but quickly get into a lead.

As other teams tried to score, some gained and some lost, as IIPS took a couple of knocks and could not regain ground. The IISER duo stayed put on their early gains, a huge risk that could come back at them eventually. In the meantime, the IIM team with Chetan and Vishnu made a good come back while Divij and Leo had moved further ahead to an unbeatable position.

The second-place battle was interesting with Chetan and Vishnu taking their chances and IISER continuing to play safe. With barely a couple of questions left, Chetan and Vishnu went ahead of IISER forcing the latter to take risks and thereby pushing them to the third slot.