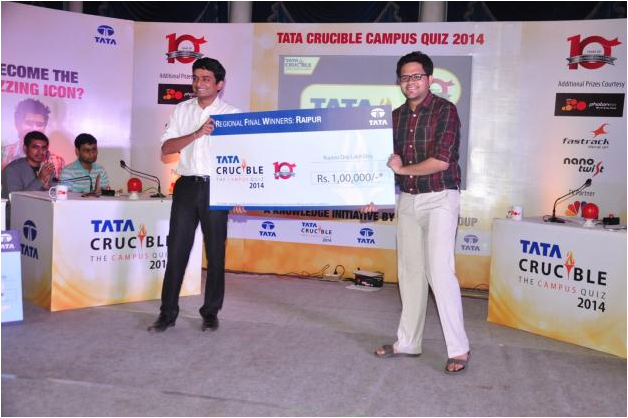 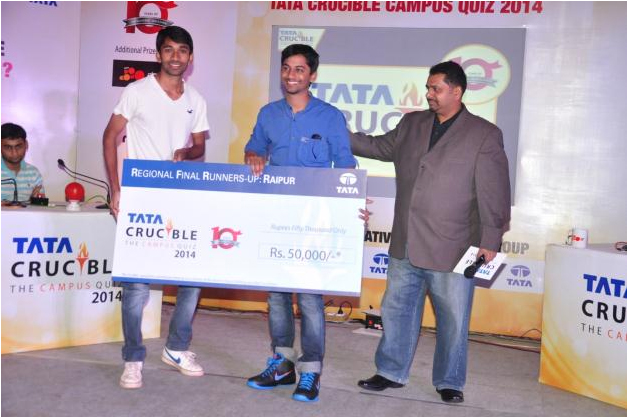 It was year 10 for Crucible but at Raipur this was just the second edition, yet a turnout of 113 teams indicating a near 100% growth from a year ago was amazing. Enthusiasm was high as were the spirits and adding to the zing was Valentines Day being observed by the youngsters.

Quizmaster Pickbrain welcomed the packed audience and took control of the quiz in no time with his trademark wit and V-Day quips that kept everyone happy. The quiz itself was fast paced and after the prelim the line up was simple, with three IIM teams being challenged by the others.

The early rounds saw IIM’s dominate and score well while the others followed. In the buzzer rounds the duo from NIT came up with some very good answers and were quickly on par with the IIM teams. Another good strike in the following rounds and with one round left they were leading.

The final round was tense as four teams had a chance to win the quiz. It was however Smruthi and Dushyant from IIM who held their won and backed themselves with some half chance cracks that helped them get past NIT and into the zonals.

The winners will now represent Raipur in the East Zone final.