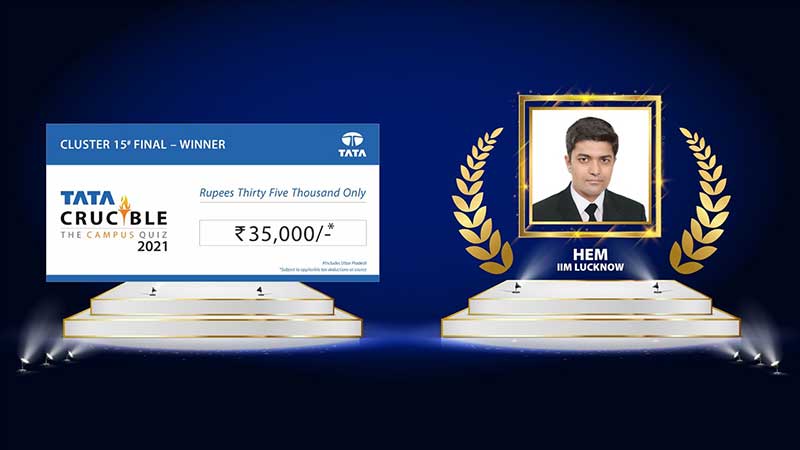 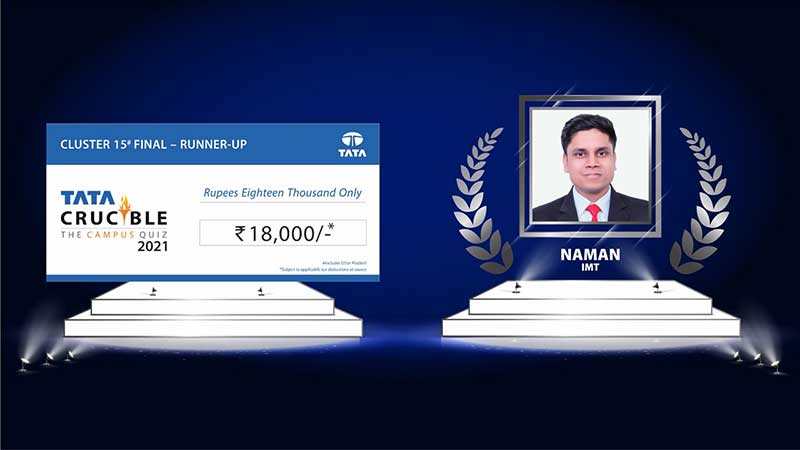 The UP edition of the quiz turned out to be a very large cluster with colleges taking part from Lucknow, Kanpur, Noida, Greater Noida and Ghaziabad which are all very good locations for top colleges of this country. Ms.Rashmi had a tricky set of questions that foxed the contestants as they battled through the wildcard to find a place in the top six of the cluster. The top six who made it from her wildcards were:

The final was an absolutely brilliant spectacle to witness. It had all the strappings of a T-20 match with the highs and lows and a final ball finish. The questions were tough as Pickbrain nudged the contestants along. Prior to the final round of the quiz everyone had a chance to win the finale with Naman just ahead of the rest. In the final round, off the very first question it was Naman who got ahead to further consolidate his position.

In the questions that followed it was Pradunma who gave some brilliant answers but it was still too little too late for him to impact the outcome. It was however on the final couple of questions that Hem played brilliantly and courageously to come back from behind and win a fantastic finale.

Mr. Amitabh Tewari who heads delivery operations of TCSâ€™ Indore, Lucknow and Varanasi was the chief guest. He spoke of how if one has the right skills and right attitude one does not have to go out to seek a job but the jobs come seeking them in a digital world. He also spoke of the need to be constant learners and stay ahead of the curve in an ever changing world.