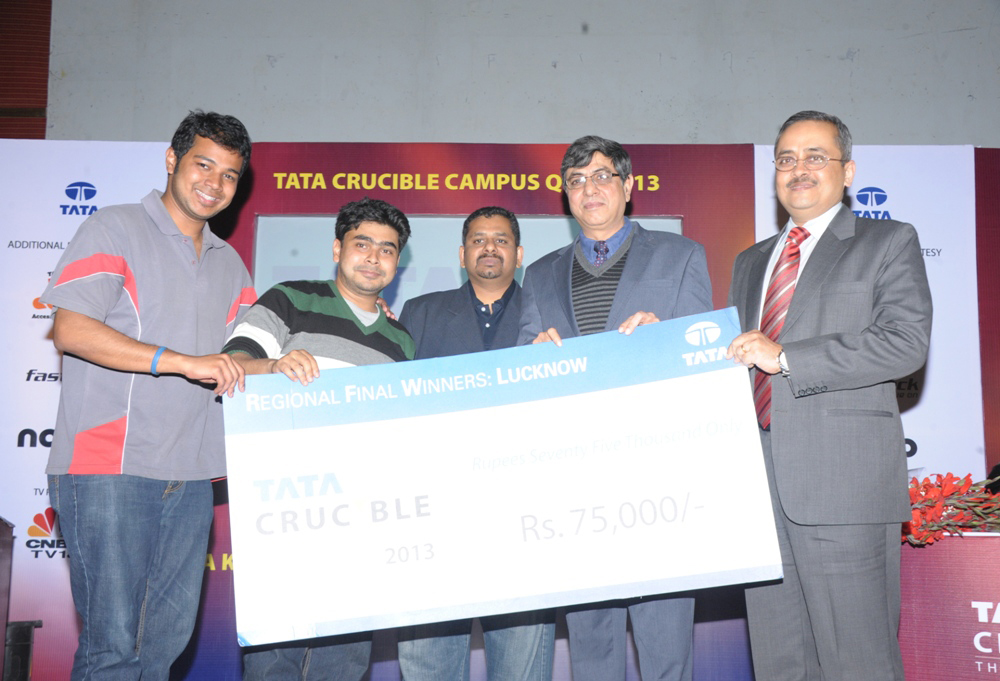 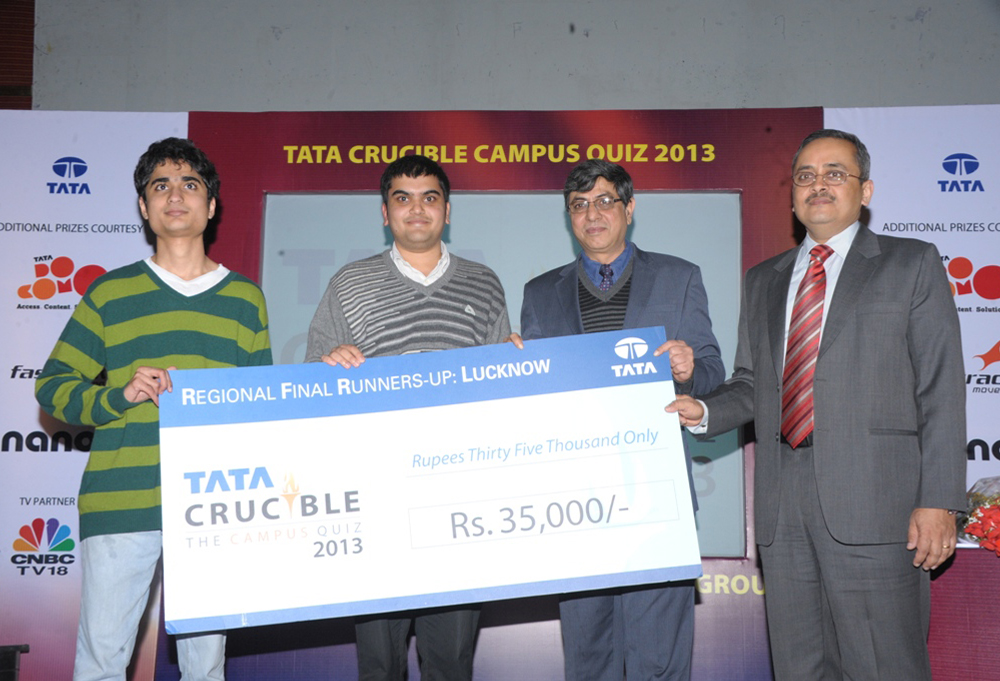 ‘Overcast skies followed by a steady drizzle with chill winds’ is how the quizmaster described the pre quiz scene as he entered the auditorium. While the conditions seemed ideally not suited for a cerebral battle, the colleges of UP did turn out in large numbers (well over a 100 teams) braving the chill and rains.

The quiz certainly did not disappoint those who travelled long hours as Pickbrain unfolded a very balanced prelim laced with quick wit that helped teams enjoy the afternoon.

The finalists at Lucknow were:

The final was an absolute cliff hanger and as one member of the audience aptly put it “It was the best T-20 match I had seen in my life”. The Law university duo of Akshay and Karthikeyan and IIM-L (Arjun and Sounak) started early and kept the momentum through the first couple of rounds. During the TQ (Tata Quotient) phase and the rounds that followed the young duo from IIT-Kanpur stunned the teams and audience with some terrific answers to get closer to the top teams. In the final frontier with IIM-L playing cautious and the Lawyers in the making being a trifle slow on the buzzer, IIT-K drew level and forced a three way tie for the top spot.

The tension was visible as all three teams deserved to be in the zonal final. On the tie breaker, IIT-K got it wrong while IIM-L took a half chance on the buzzer and got ahead of the Law grads to make it to the zonal finale. It certainly was the most absorbing of quizzes Lucknow had witnessed in a long time.

The guest of honour Mr. Rajeev Kapoor, Principal Secretary, Govt. of UP – an IIT Kanpur, IIM(A) alumnus himself, appreciated the teams for a remarkable display of knowledge power and wished them well for their future. Mr. Jayant Krishna – Head of TCS Lucknow was also present.