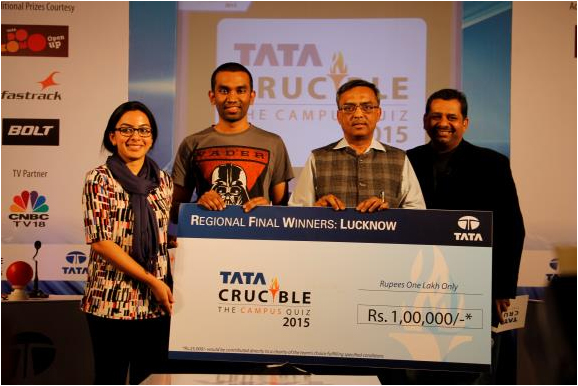 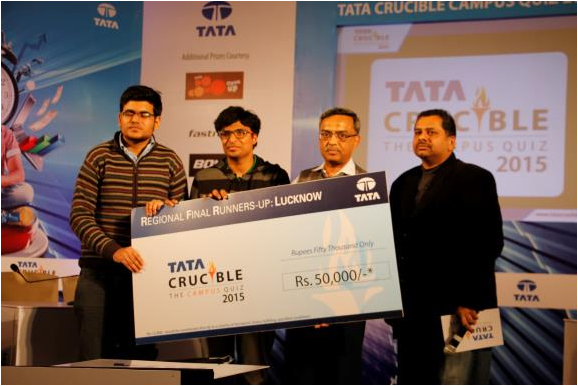 Lucknow lived up to its reputation of being a Tata Crucible loving city with a huge turnout for the 2015 edition with close to 300 teams. Pickbrain too recognised the quizzing prowess of the students here and presented a prelim which sure seemed a shade tougher than the other cities. The teams that made it to the final were as follows:

The first couple of questions of the quiz saw a four way battle unfold between the IIM’s, NIT Allahabad and IIT Kanpur, all at par with each other. As the quiz moved into the mid phases the duo of Sowmya and Pratyush from IIM-L started moving ahead of the rest while the others were not too far behind.

After the next couple of ‘overs’, the IIM-L team kept moving from strength to strength, while in the quest to move ahead the IIT duo lost some ground on the buzzer. The NIT team played the game with maturity realising they did not stand a chance to win so played well to ensure they finish second.

The guest of honour, Mr. Rajan Shukla, IAS, Principal Secretary to Govt. of UP and also the present defending champion of the corporate edition of the quiz was appreciative of the teams and advised them to build their knowledge base.