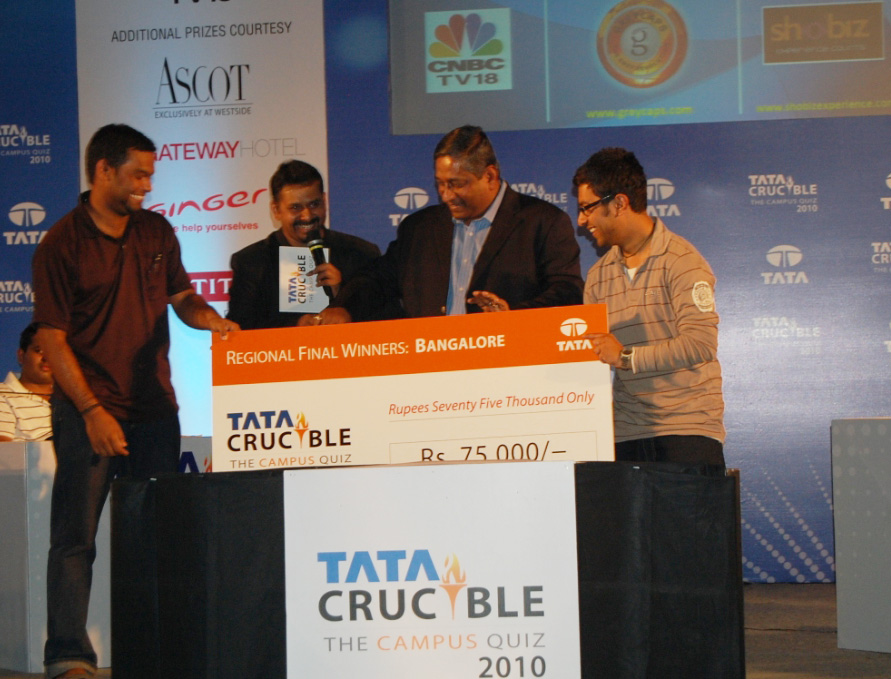 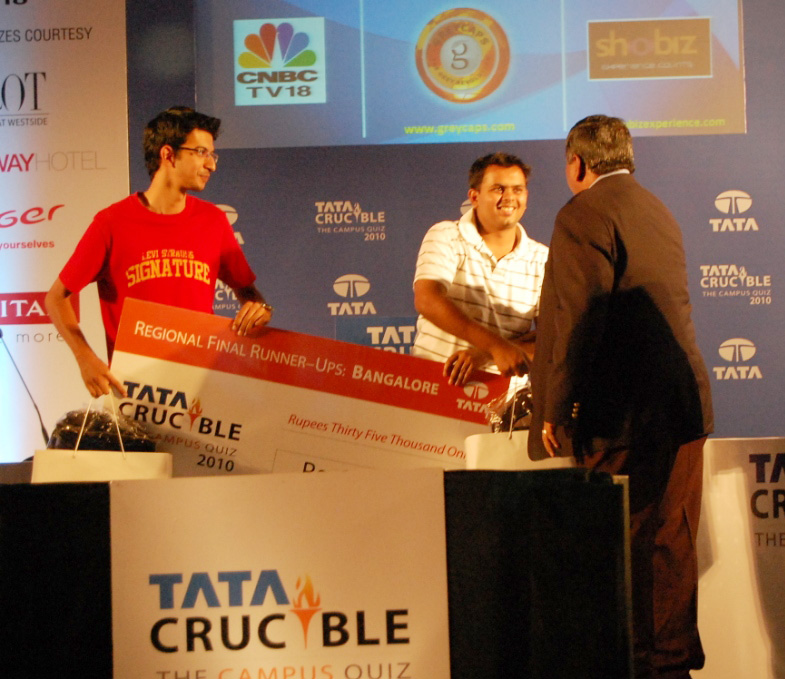 “Experience finally prevails over youth exuberance” was the line Pickbrain used to sum up the Bangalore battle which witnessed the seasoned duo of Aditya and Vinay march past the young team from Christ University (Arjun and Roshan) which did a commendable job despite being one of the youngest teams on stage.

The ‘match’ began with all teams looking even as Christ and IIM-B took the early initiatives to move ahead. It was a matter time before the two ICAI teams and BMS caught up with the rest to make it an absorbing set of middle overs. The buzzers did the trick with a couple of teams taking unwarranted risks while ICAI (Aditya and Vinay) played it well to get ahead of the rest.

The lateral thinking round witnessed BMSCE going for leather on all the questions – some of it resulting in good sixes and some loss of runs as well with the negatives. The burst did give them a chance to get back into the positives as the quiz moved into the final round.

On the first ‘ball’ BMS again went for it and got a super six putting themselves ahead of the IIM duo who were till then in the third place. The next ‘ball’ was a must go for Christ University and they managed 12 runs of it as well opening up the quiz in a big way.

The final ball went down to the final clue but it was beyond Christ University now to chase ICAI. On their part ICAI displayed great maturity by not trying to be flamboyant but just getting themselves into the national final. A great quiz, as always, at Bangalore.