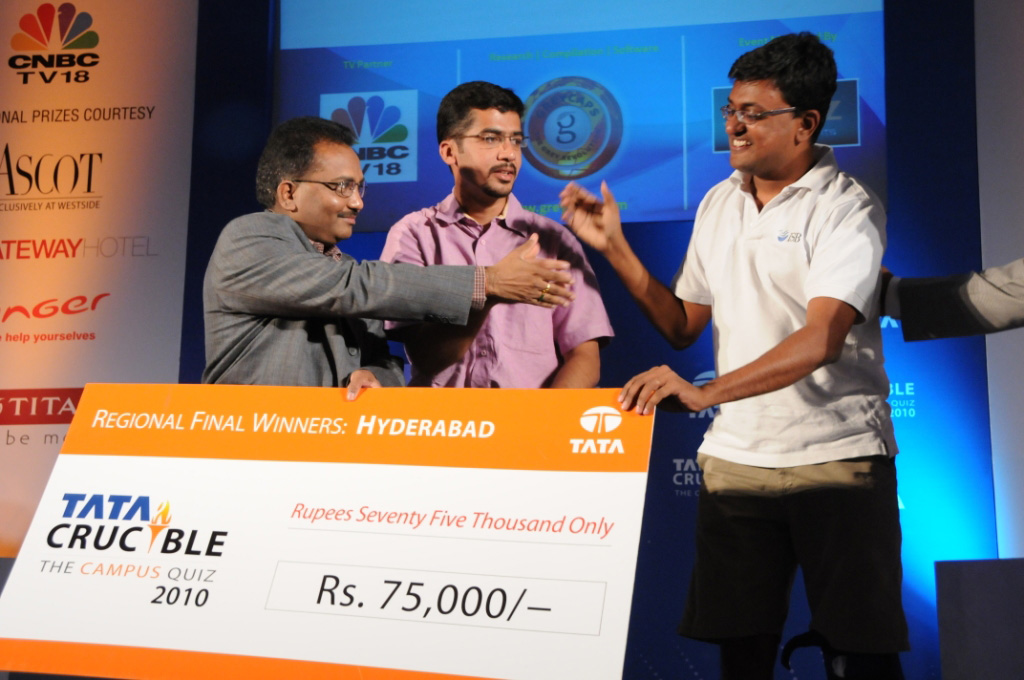 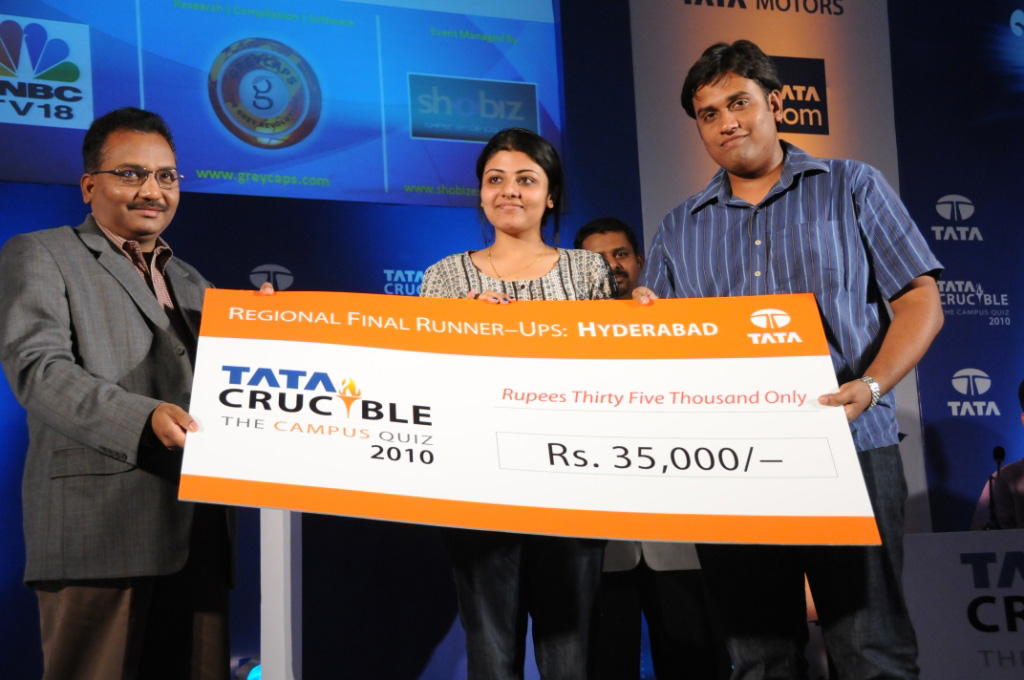 What a match! was perhaps the phrase on everyone’s mind as quizmaster Pickbrain had his own uncanny way of describing the quiz “I assure you the remaining two 2020 matches today will not be as absorbing as this one”. A complete thriller that finished on the final ball as ISB Hyderabad won their maiden title.

The two wild cards that led to the final were a treat to watch not just for the intensity of the contest but the heartening fact that Hyderabad quizzing was opening up in a big way for girls, with several of them making it to the semi finals.

The game started with confident strokes from Vasavi College and NIT Warangal while VNR got a super six and IBS matched it with a cracker to lead the fray. The second over of the match saw the duo from ISB work their way forward with a few good answers on the passes that gave them a premium (which eventually was the tilting factor in the match) to get even with the others.

The next couple of rounds were on the buzzer and team Vasavi were at it getting both negatives and scoring regular sixes as the other teams consolidated with a few good ones here and there. With IBS still ahead, but by a fraction, the stage was set for the final over and there was a chance for as many as five of the six teams to win the quiz.

As Pickbrain bowled the first ball the young duo from SSIM cracked a super six (12 runs) and suddenly the tension was so visible that everyone was at the edge of their seat. On the second ball, it was Vasavi who got a cracker for a 12 and it all came down to the final ball of the match with IBS leading on 28, ISB on 26, Vasavi and 24 and VNR also on 24.

ISB went for it straight away and their hearts were racing as Pickbrain paused, grinned and thundered – ISB make it to the national final for the first time for Hyderabad.