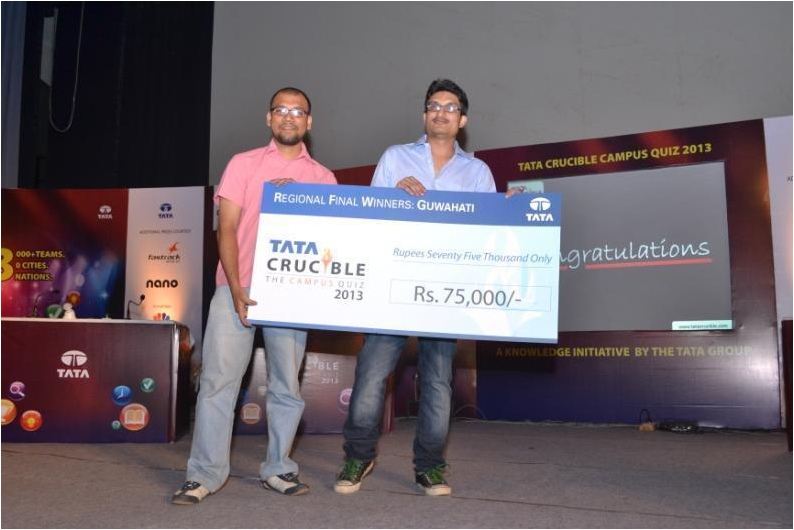 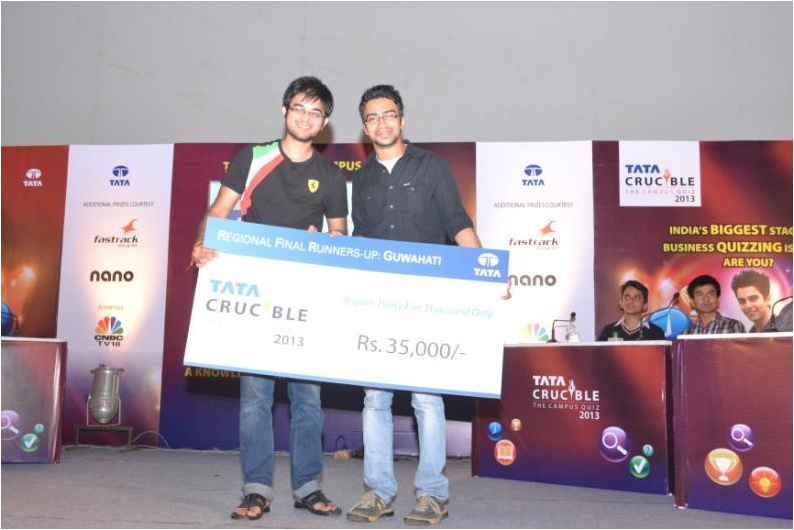 With 265 teams it was easily one of the biggest turnouts at Guwahati for a Tata Crucible. The wonderful thing this year was the added presence of teams from new colleges as far as Dibrugarh, Shillong and Johrat. This was highlighted by the quizmaster during the quiz when he said “The good thing is business quizzing is growing beyond Guwahati through Crucible”.

A high quality prelim led to the final six teams:

As the final unfolded, the teams from IIM started moving early as also did the AEC teams but in very quick time the duo from IIT who were three time champs of the quiz prior to this year, came on so strongly that from there on it was a no looking back scenario for them.

They dominated the quiz in each round and won the battle with one round still to go. The second place was a close and tense affair battled by most teams and finally going into a tie between the Royal College and AEC which the latter won.

The winners will sure fancy their chances to get past the zonals at Kolkata as they seemed well prepared to go the distance in their final year of college at IIT. The huge crowd thoroughly enjoyed the battle and left wanting more even as the curtains came down for this year.