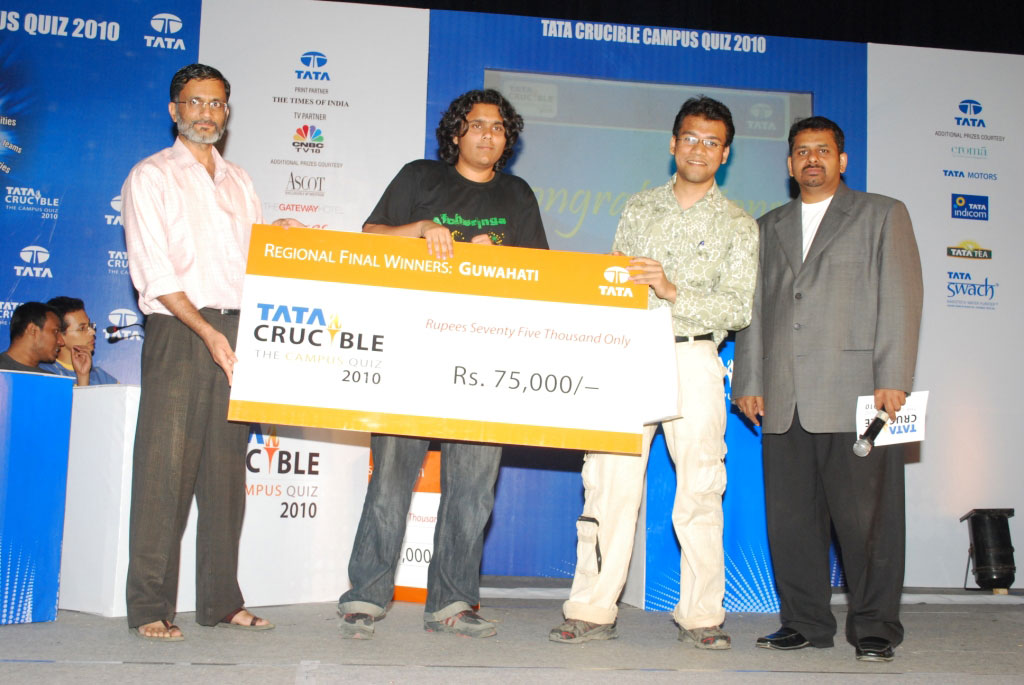 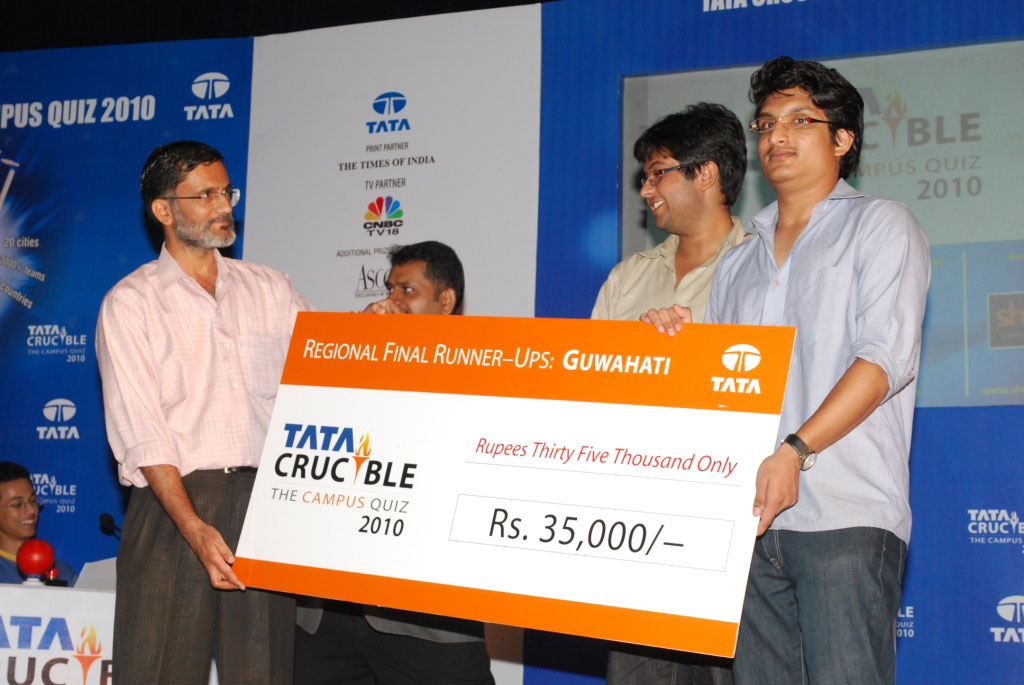 The debut edition of campus crucible at Guwahati in many ways marked the entry of business quizzing into the North Eastern region of India. The enthusiastic participation underlined the fact that the region is more than keen to get on with the quizzing frenzy across India and catch up with the rest on the business quizzing front.

The match began with teams getting off to a slow start with none of the teams choosing to play power play. As the quiz moved into the second over some teams opened up a little more and played well to crack tough posers and interesting visuals.

The Tata round was followed by the one on lateral thinking and it was a four way battle between the IIT teams and AEC. The tension just kept mounting as the quiz was so close for comfort and all the teams had a chance it to the national level.

The game moved into the ‘slog overs’ and AEC decided to give it an early charge and it backfired and they could not come back from there on. It was here that the battle was clearly between the three IIT teams and on the final ball it was Chaitanya and Kapinjal who emerged the first ever champs from this region.