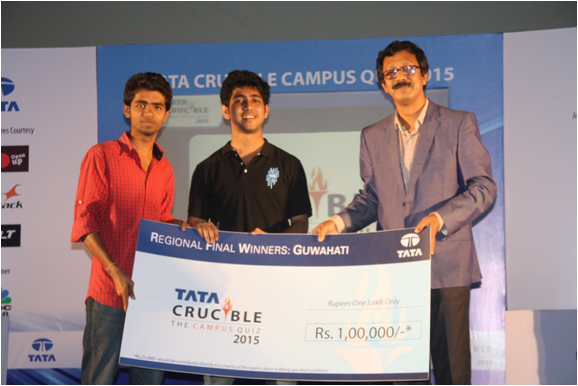 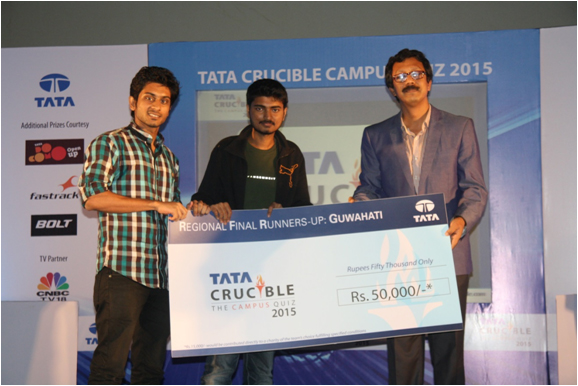 Overcast conditions and world cup match scores being discussed by teams set the tone for another wicket to be laid by the curator Pickbrain. He unfolded his new format based on runs and like the shorter version of the game, mistakes would cost plenty and the game can change in one over, he cautioned. A swift prelim and we were underway into the final.

The format of the final was absorbing given two teams a fair chance on each question. The ‘Powerplay’ and ‘Freehit’ were innovations that kept the teams and the audience at the edge of their seats.

The final was a very competitive battle from the first delivery. As the first over went by the duo from NIT Silchar were well ahead of the rest cracking some big ones early on. As the second over went by, they continued their dominance and went further ahead.

It was here that the team from Gauhati University started scoring and came up with some really brilliant strikes, in succession, to get ahead of the rest but still behind NIT. It was in the ‘Slog Overs’ that they capitalised most and with two questions to go they overtook NIT to put the pressure right back on them. Forced to play the buzzer, NIT went in for it on the penultimate question and got it right. This gave them a fair chance of winning but on the final question they misfired and Gauhati University won their maiden Tata Crucible.

The quizmaster observed that this was the first time a non IIT, the IIM team was winning here which was fantastic and good for business quizzing in the region he observed.

The guest of honour Prof. Chandan Mahanta, the Dean Student Affairs, congratulated the teams and gave them their cheques.