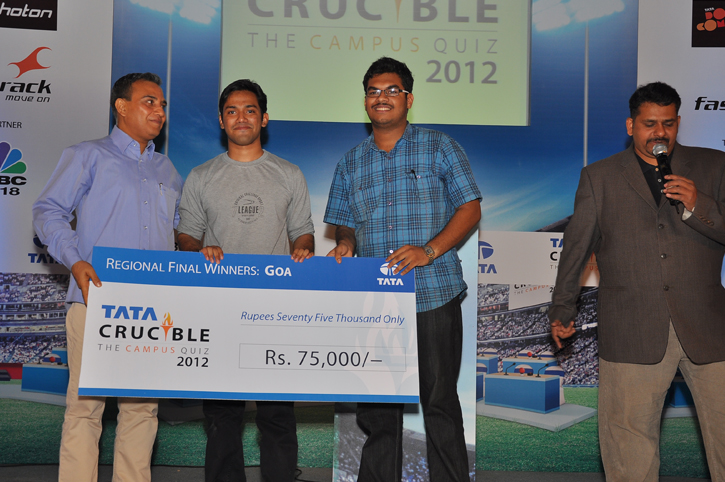 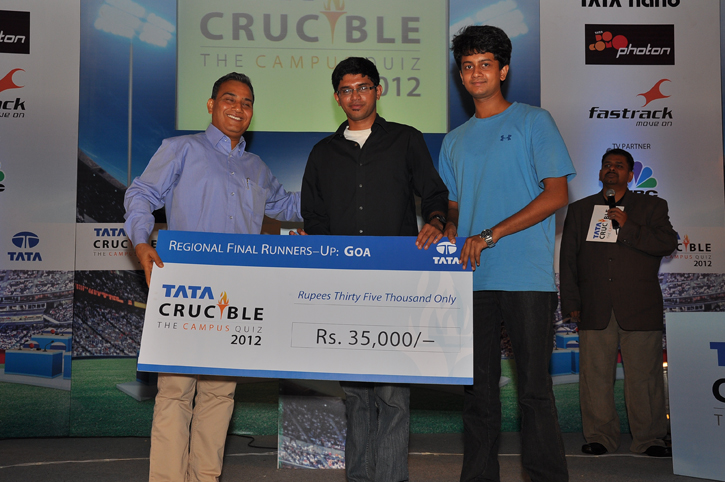 Goa was an absolute testimony to the good quizzers who believe the subject is their terrain as long as they apply their mind the right way. At the end of an absorbing final, it was a tie breaker between two aspiring engineers and doctors for a place in the national final.

Earlier, a prelim of 20 question led to the following teams qualifying into the final.

The quiz was an interesting battle between all the teams. The initial rounds were dominated by the duo from Saaraswat College who made it to the final from the wild card. The next couple of rounds were even with teams splitting points across the board.

The influx of the buzzer rounds slowly gravitated the quiz towards the aspiring doctors who took their chances, got a few and lost a few but would just not give up. That put them a trifle ahead of the rest of the teams and gave them a slight advantage into the final rounds.

An amazing comeback at this stage by Sunil and Sridhar resulted in the quiz being a very close battle till the very last question which the BITS duo cracked to force a tie breaker with Goa Medical College. The tense tie was won by the latter making them the first medical college into the national finals for this year.

The guest of honour Mr. Sushil Tandon – GM of Taj Holiday Village congratulated the teams as said “The era that you are part of is exciting, fast and ever changing but the key to success remains the same. Commitment, Dedication and Hardwork”. He went on to quote Floyd’s song ‘Time’ and advised the youngsters to make the best of the time they have.