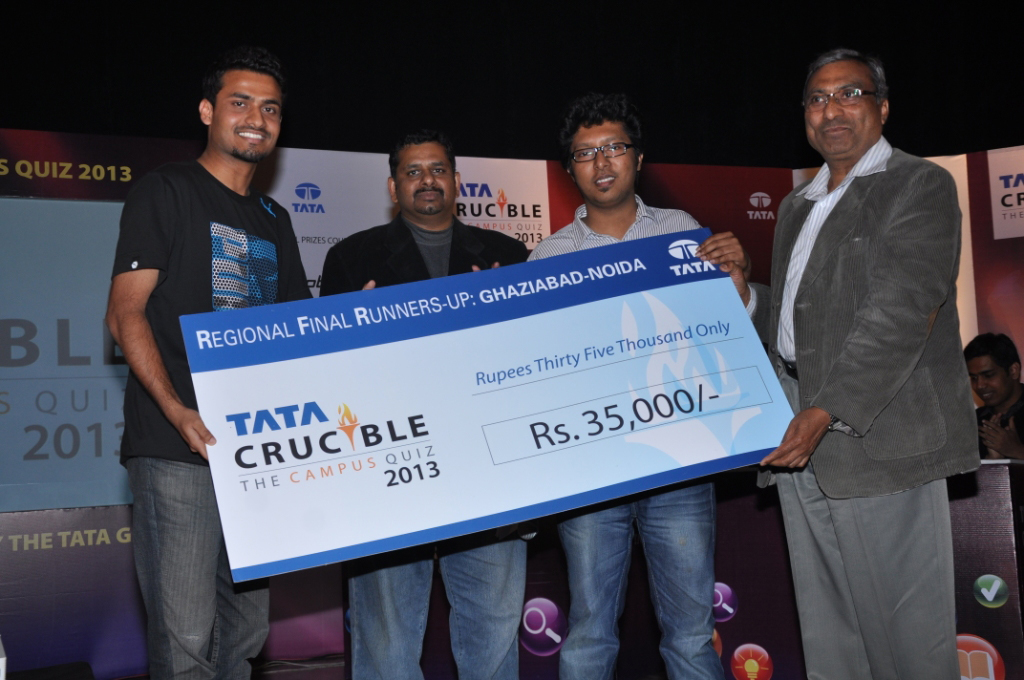 With over 400 people at the venue, Ghaziabad did not look like a city making a debut at Tata Crucible. Such an overwhelming response to the event drew praise from even Pickbrain who said “This is the best amongst all the new cities we have gone to this year”. The quiz itself was an absorbing fare with a crisp prelim leading to the final six.

The final saw IMT-Ghaziabad represented by Leo Thomas and Kaustuba displaying early brilliance with a few teams in step with them. However, the scene changed very quickly as the quiz progressed and they moved from strength to strength giving no team a chance amassing a perfect 100, the highest by any team in this season of Crucible. It prompted the quizmaster to quip that we had probably seen the national champion of the year.

With IMT being so solid, the battle for the second place proved to be interesting and close, it was finally BITM with some good answers that got ahead of the others to finish second. It was however, the large audience for a debut quiz that turned out to be the heroes.

The guest of honour, the Director of ABES, Dr. Surendra Gupta, who gave away the prizes and thanked the Tata’s for giving colleges in Ghaziabad an opportunity to host a national level event and requested them to make it an annual location.