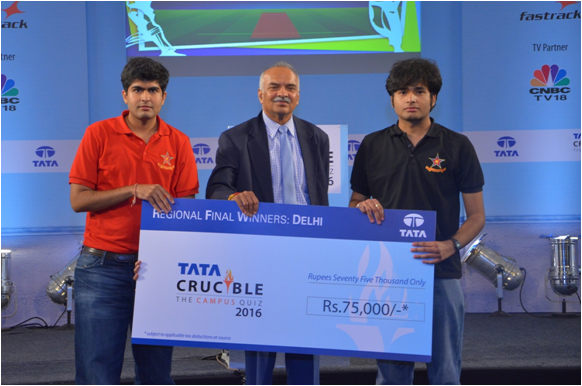 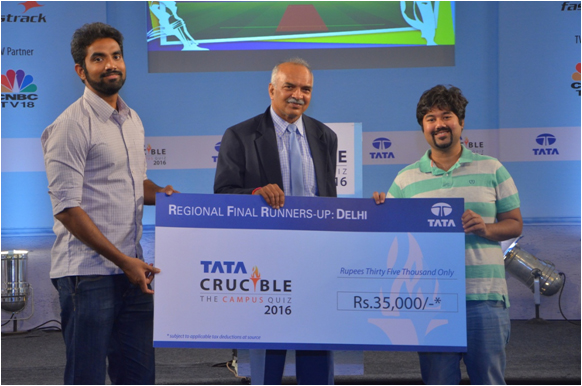 Over 400 students from colleges across the national capital battled through a tough set of 20 questions. The questions were from a wide range of subjects spanning the world of business. The six teams that made it to the final were:

The final was a thriller of very different sorts, with a lot of teams being aggressive and losing ground very quickly. Patience, silence and prudence seemed to be the buzz words as teams were all in the negatives, spare the duo from Stephen’s and DTU.

The Stephen’s team held on to a slender lead to win the quiz, doing nothing silly and just allowing the other teams to make their mistakes. The IIFT team of Charan and Parvash powered by a burst in the final over, came back from behind to win the runner up title.

Mr. Sanjay Singh of Tata Sons was the guest of honour. He appreciated the teams on their amazing performance and expressed his happiness at the way the quiz has grown to cater to the youth and to transcend values of knowledge sharing which the Tatas have stood by for over a century.