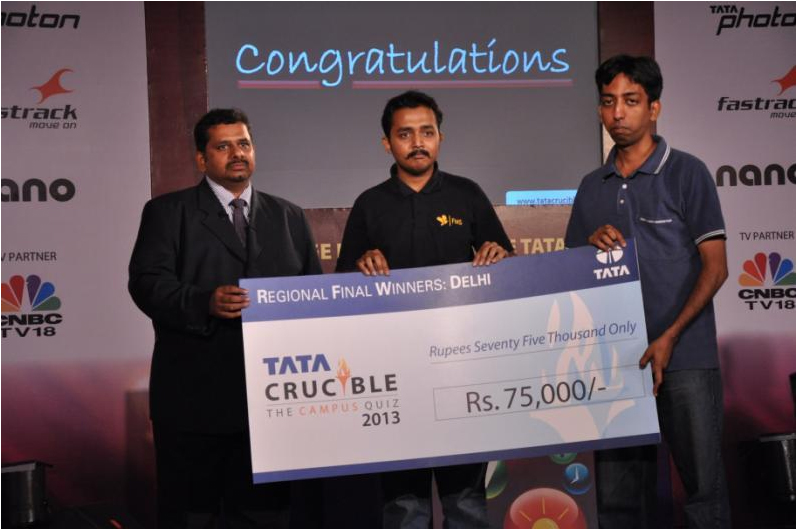 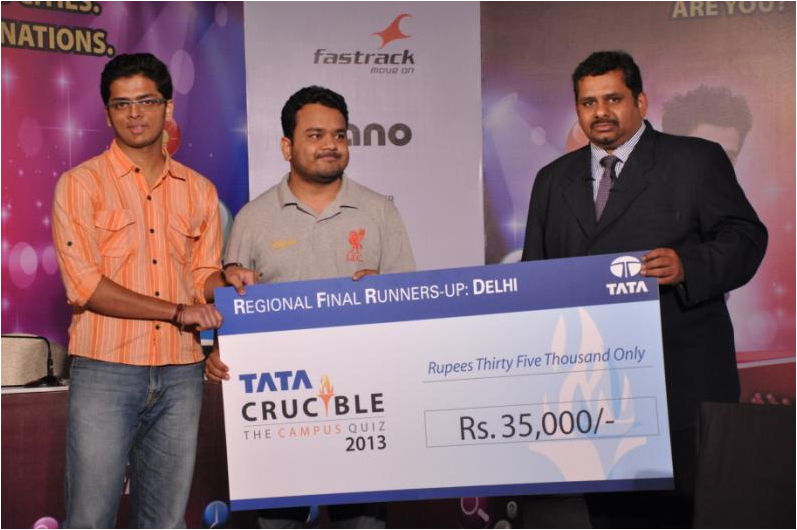 “It is like a national final before the finale” commented quizmaster Pickbrain while making his observations about the Delhi edition of the quiz. A tough prelim saw all teams did deep to work the answers. The wild card round itself was tight from which FMS and SOIL qualified.

The finalists in were:

The final was a tense with the first few rounds showing no real signs of traction amongst the teams except FMS (Arun and Hemant) who managed to get ahead of the rest. In the second half of the quiz they managed to move ahead and establish a better lead as all the other teams were now trying to catch up with them.

IIFT did answer well but in burst and were not able to maintain the momentum across rounds. Towards the end a set of brilliant answers from the other FMS team of Raveesh and Kumar Varun got them into the second spot ensuring a FMS sweep of the Delhi final.