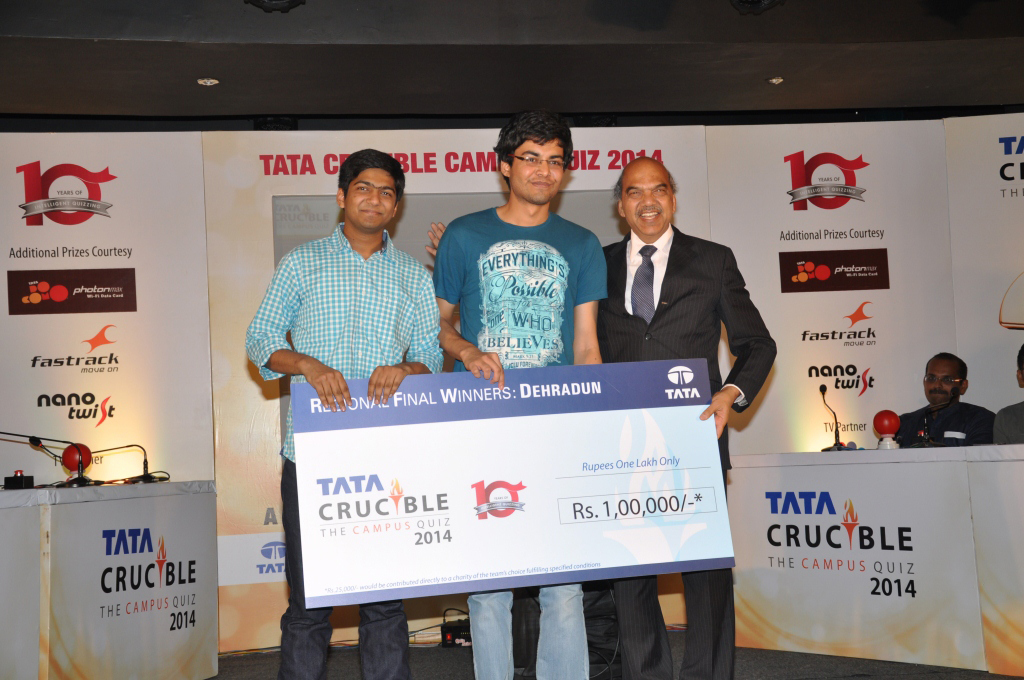 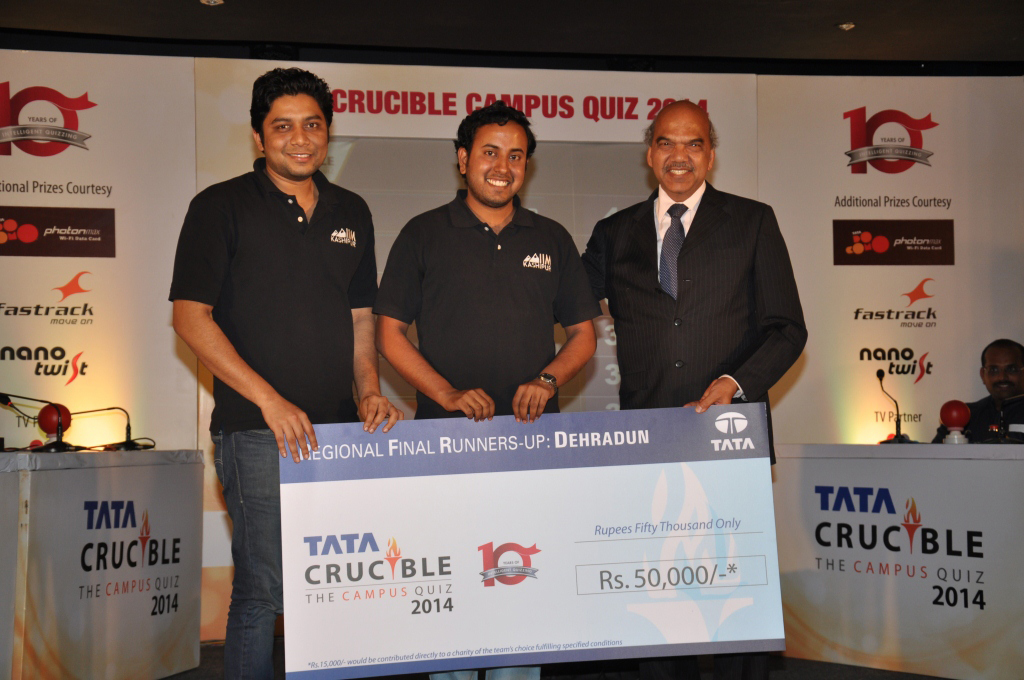 It was a city where a quiz with a legacy of a decade was making a debut. There certainly was an air of excitement as teams gathered for the first time in Dehradun for a Tata Crucible. Excitement translated to anticipation as quizmaster Pickbrain took over the proceedings. The prelims led to the wild cards and to the six finalists.

The finale was a very tight battle from the very question. No team was really able to ascertain a substantial lead over the other and it evidently looked like a marathon where everyone was running in a close huddle.

The onset of the buzzers usually has an impact, but that too did not make a big difference as all teams scored and lost points in similar fashion to lead the quiz into the final round with five teams in with a chance to win the debut edition of the quiz.

In the final round it was a spirited IIT Roorkee team who Abhishek and Mohit who got the better of a strong challenge by IIM. As it all ended, it was a clearly a very significant for the city as a national level quizzing event descended on this otherwise quite city.

The guest of honour Prof S P Gupta, Dy.Director IIT Roorkee , welcomed the quiz to the city and motivated the students to be part of such cerebral events more often.