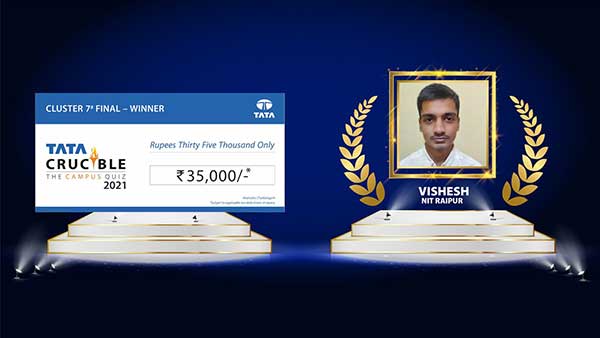 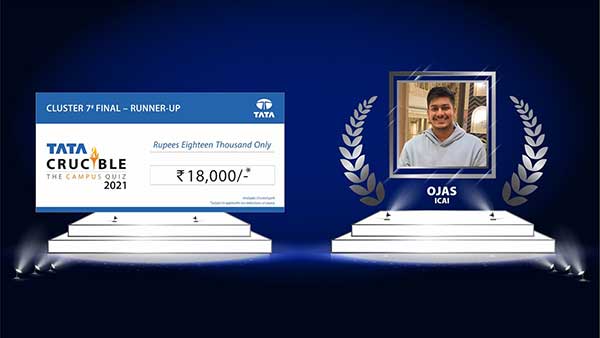 The Chhattisgarh edition of Tata Crucible brought in contestants from some of the top colleges in that region. Ms. Rashmi Furtado, who has been a very regular visitor to these regions, had pegged the levels of the quiz perfectly. Absorbing wild cards rounds led to the six finalists.

The final with Pickbrain in command was swift and tense. The battle was even from the word go. All the contestants were equally capable and competitive, with no clear leader emerging throughout the quiz. It was well past the halfway mark that Vishesh scored a couple in the same round, to get ahead of the rest. With Nikhil and Ojas right behind him, it was a quiz headed for the final few questions to play the decider.

In the end, Vishesh scored to get ahead of the rest and clinch the title, while Ojas and Nikhil were locked in a tie breaker, that Ojas eventually won to take the runner up title. Chief guest Mr. Sanjay S. Sahni, Chief of Marketing and Sales, Branded products, Tata Steel spoke to the youngsters on the importance of being open to change. He also spoke of accepting what comes one’s way with the right attitude and to always look at what best can be done in the given scenario, to be successful in the long run.