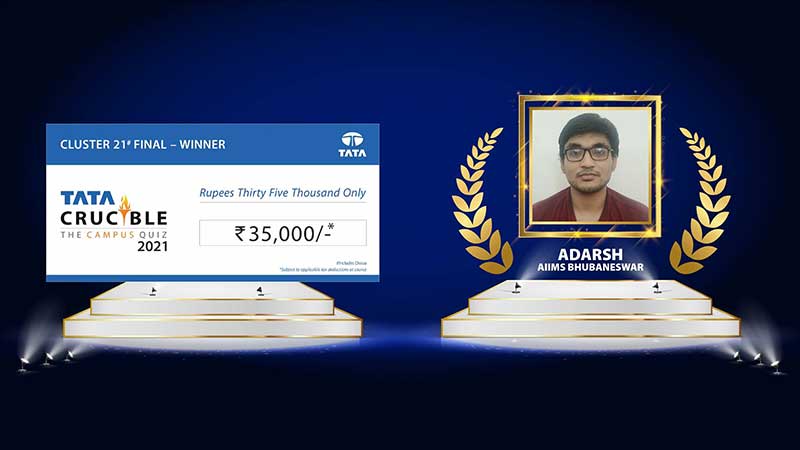 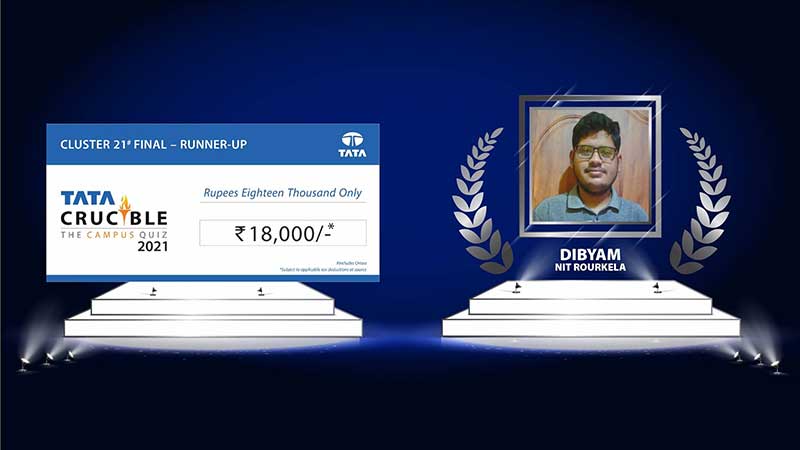 The state of Odisha has been one of the closely contested states in the east sector of India. Ms. Rashmi Furtado, who is a familiar personality with these youngsters, put them to ease on the digital platform as she quizzed them on an array of subjects leading to the six finalists.

The finale hosted by revered quizmaster Pickbrain was a very interesting and absorbing battle of speed and strategy. Adarsh and Dibyam were at loggerheads from the very beginning, with exactly the same scores till the halfway mark. Chinmay and Chandrachud came up with some brilliant answers in the middle phases of the quiz but could not sustain the momentum. It all came back to Adarsh and Dibyam, with the latter now leading as the quiz went into the final round.

It was not until the final two questions that the aspiring doctor came back with a bang to draw level with Dibyam. In the tie breaker that followed, Adarsh got the better of Dibyam to clinch the title. Dibyam for his part played out a brilliant final but would only believe he should have taken his chances on some questions where it appeared that he played a little safe while being ahead.

Ms. Sarita Mishra, Center Head – TCS Bhubaneswar, appreciated the contestants for adapting to the new medium of quizzing and also spoke of the importance of having an openness to change. She underlined how under difficult circumstances people need to learn to adapt and be agile.