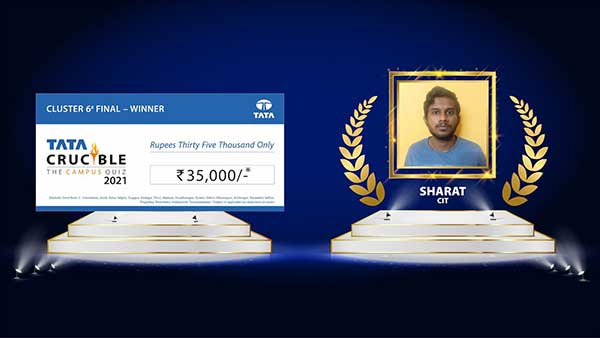 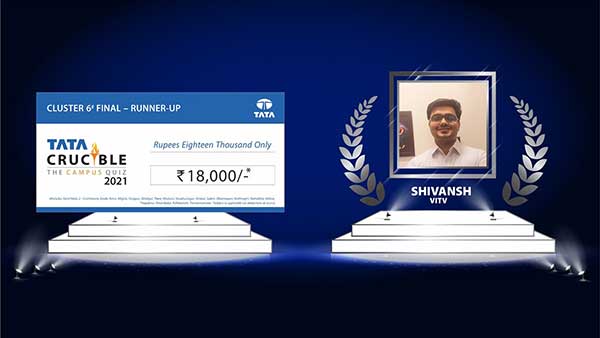 The Coimbatore edition of Tata Crucible has always been a keenly contested battle, where a large number of students participate. Given that Salem and Vellore have merged with this cluster in the digital era, it only got even more complicated. Quiz host Ms. Rashmi Furtado recognising this situation raised the bar with probing questions which made the contestants think deep. The finalists who made it from the wild card were :

The finale hosted by quizmaster Pickbrain, saw Sharat Chandar from CIT Coimbatore dominate the entire final with extraordinary speed of response backed by some serious preparation. Shivansh from VIT did well but could only manage to finish runner-up, given the manner in which Sharat played, giving no one a chance.

Mr. Sanjay Ranawade, the Chief Manufacturing Officer, Titan Company Limited, Jewellery Division was the chief guest. He advised the youngsters and the audience to focus on innovation and problem solving as they plan for their futures. He also advised them to always stay positive in any situation they find themselves in.