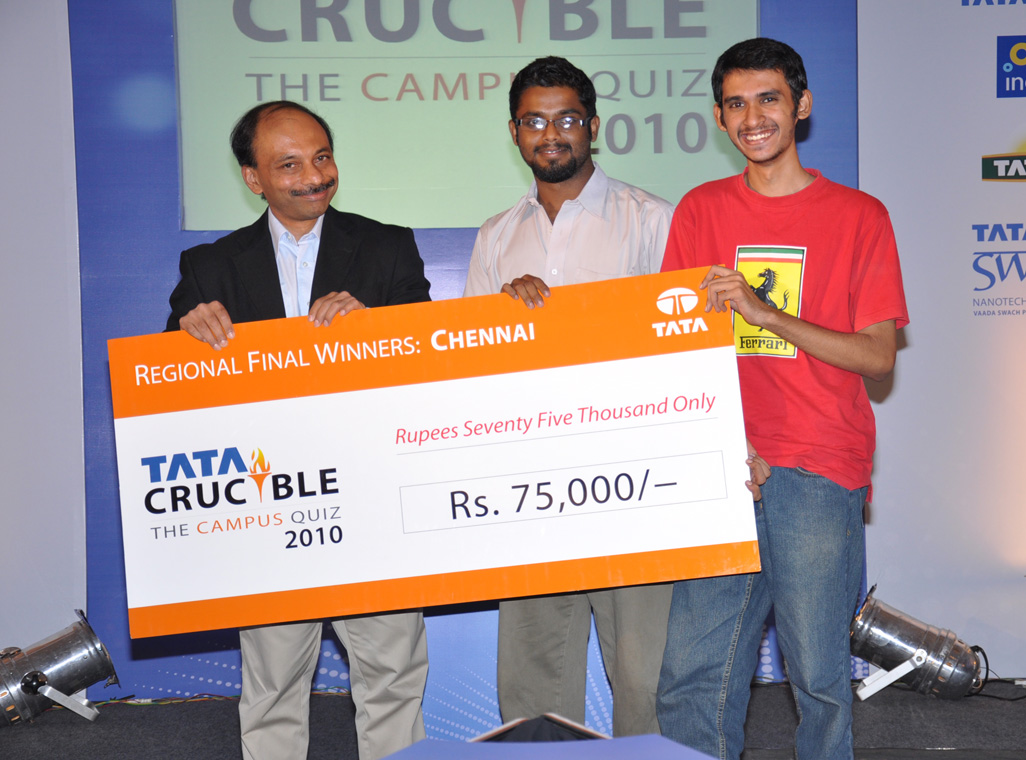 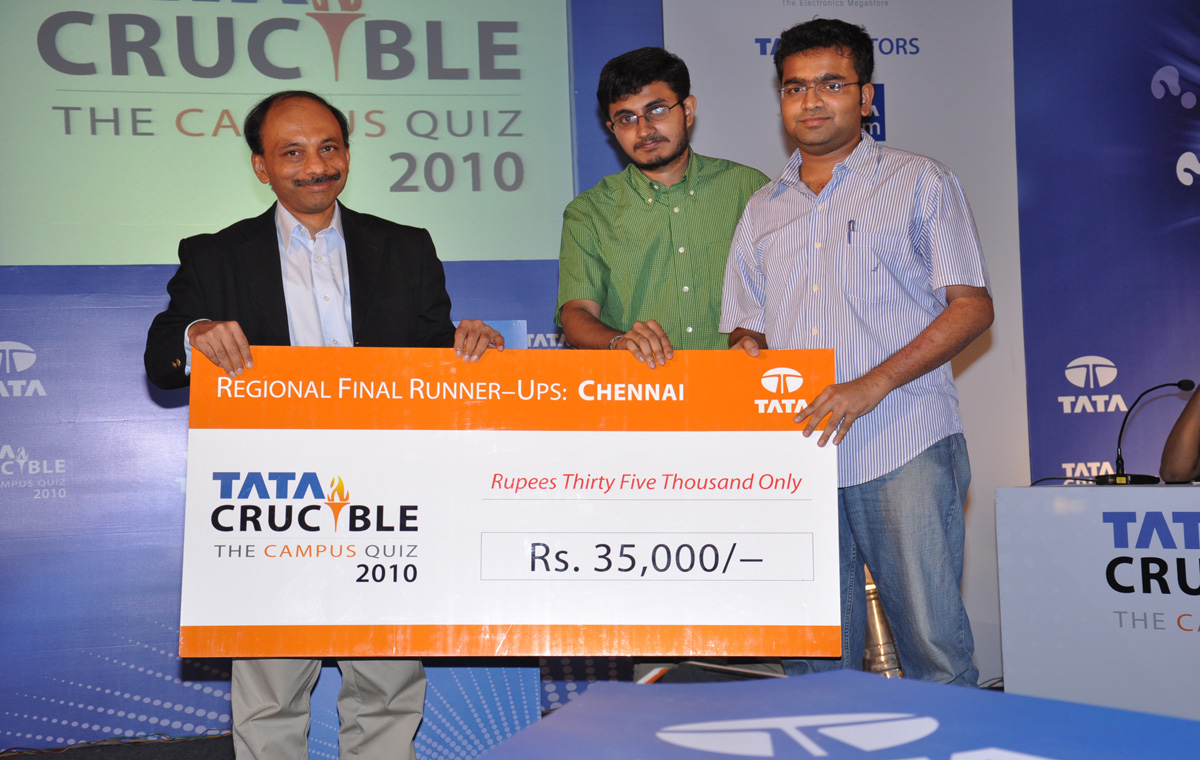 “To win a Crucible once is huge, for an institution to win it four times in a row is truly monumental” was a remark by quizmaster Pickbrain that in many ways summarized the achievement of College Of Engineering Guindy who have won this quiz four years in a row. After nearly 300 teams battled through a prelim, the following six made it to the final.

The ‘match’ was a truly fantastic battle underlined by the supreme preparation and passion for quizzing by Deepak and Avinash and matched equally by the other teams. It was a fairly keen battle till the end of the third round though COE were in the lead by then, it seemed the other teams were closing in on them.

The last couple of rounds actually became a battle for the second spot as teams tried to push for big scores and the resultant negatives on the buzzer made them rethink their strategies of chasing COE and concentrating more on the runner up prize (a handsome 35K in cash).

In the battle that went down to the final question, Loyola and Vivekananda missed out on negatives while a very good and spirited IIT Madras did all in could to stay in the hunt. However, it was the young duo of Raghav and Sachin that got to the runner up spot while COE strode into the national final yet again.