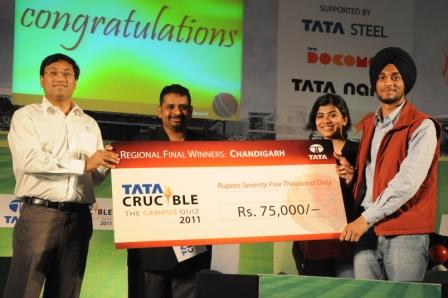 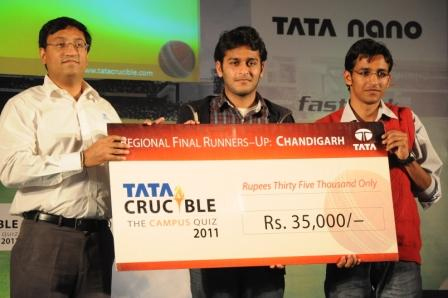 Riveting, Pulsating and Enthralling are words that would describe the Chandigarh final which saw very high levels of quizzing and a truly absorbing finale to the delight of the entire crowd.

The final started with teams playing each ball with caution and some of them choosing not to deploy the power play even if they knew the answer. The overthrows were capitalized by Avijeet and Kriti as the over rolled by the other teams also got into the act.

The battle slowly got tighter with the Thapars, Chitkara and Panjab Univ all doing well to get closer to Avijeet and Kriti. As the quiz moved into the final overs the pressure on the teams was building and that resulted in a few negatives for Panjab Univ and Chitkara and they could not recover from that to challenge Avijeet and Kriti who played sensibly to win the quiz.

The second place was a very close shot for three teams but eventually Panjab Univ got the better of PEC (Vaibhav and Gurhseel) and Chitkara.