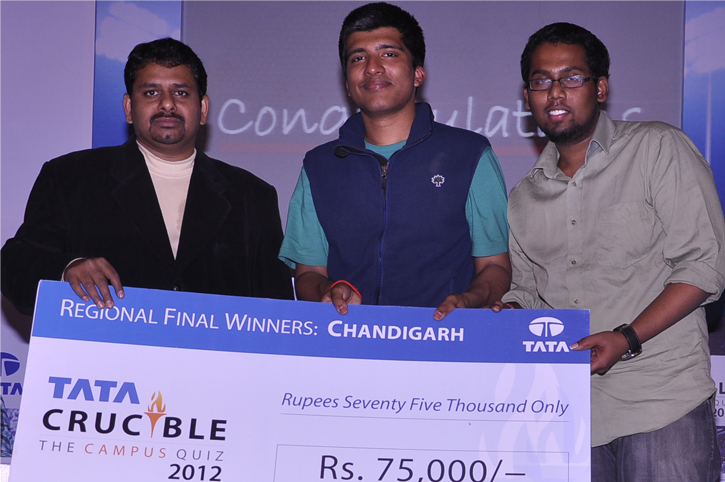 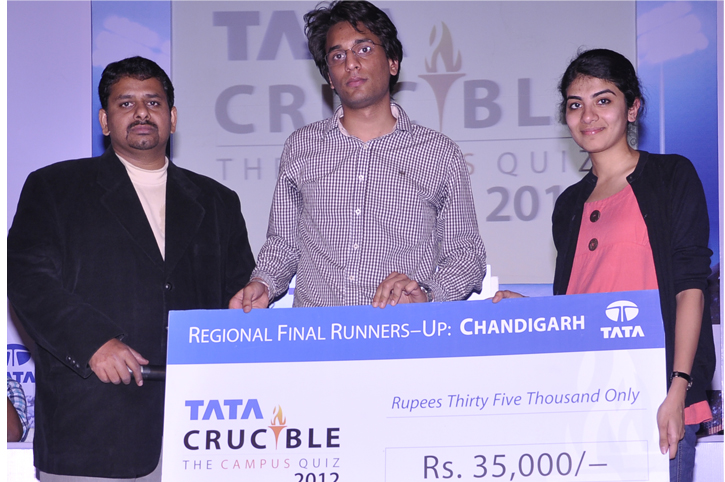 Over a hundred teams from Roorkee, Chandigarh, Ambala and Dehradun and the scene looked tense even before the first question was asked. Pickbrain commenced proceedings on a friendly note explaining the rules of the game and then went ahead with his 20 questions for the prelim. This was followed by two wild card rounds both of which were won by teams from IIT-Roorkee.

The quiz started with a reflection on the closeness of the teams as all the six on stage got off to a quick start prompting the quizmaster to say “I think this is heading for a very close fight”. It was only as the quiz moved into the buzzer phase that the teams started distancing themselves with both correct and incorrect answers.

PEC did well to gain two on the buzzer but was quick to lose it as well in the quest to gain more. The duo from IITR with Murthy and Vishal were now in the lead but by just a slender margin. All the other teams too started taking risks and moving closer to the leaders with some good answers.

As the quiz moved into the final phase, teams were tense and tentative as no one wanted to take half chances and end up with negatives at this stage of the quiz. The final question was to unfold and PEC were just 5 points behind Murthy and Vishal. As Pickbrain hurled the final round there was a hushed silence in the hall. He moved from one clue to the next and IITR went for the kill and got it right to win a memorable victory.

Ms. Kriti of PEC who finished runner up has been in the final consistently for the last three years and the quizmaster appreciated her feat stating “With three finals she has achieved something no other girl in India has, at a Tata Crucible”.