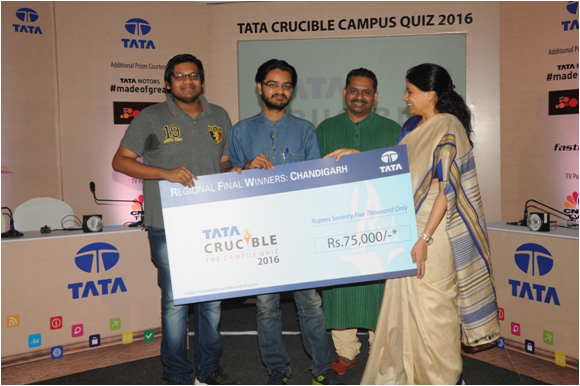 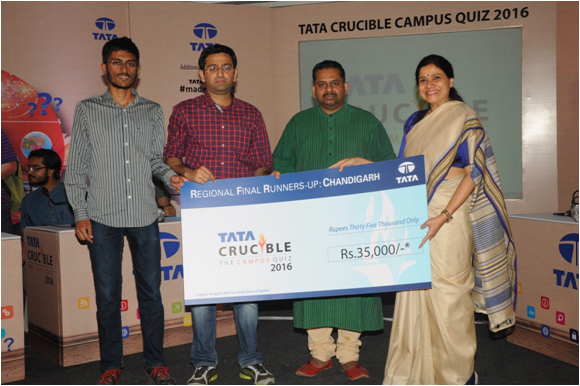 The Chandigarh edition of Tata Crucible was a very absorbing, eventful finale. Over 200 students from in and around the lovely city were part of a 20 question prelim that led to six finalists.

The final was close as most teams did well early on. As the quiz moved at a fast pace the teams moved away from each other, some with good hits and some taking negatives. The PEC team did well on some questions but at the same time took risks that did not pay off resulting in too many negatives.

The IISER teams of Devwrat and Adeetya were dominating the middle overs of the game with GGDSD right behind them. The IISER duo suddenly surged ahead and looked like closing the quiz before the final over. However, a few over ambitious attempts knocked them back while at the same time GGDSD keep moving ahead making it an absorbing battle.

The GGDSD team could have won the quiz had they used their power plays prudently. Their refusal to play hard cost they the title as IISER went past and held on in the final over to make it to the zonal. Quizmaster Pickbrain appreciated the city for a great evening of quizzing.

The guest of honour Dr. Nandita Shukla Singh, from Punjab University, advised the student to explore all cultures but stay rooted to Indian values.