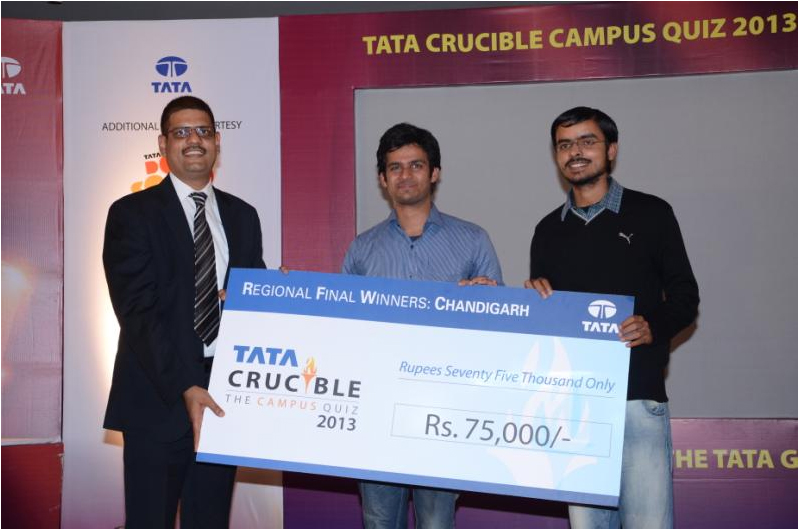 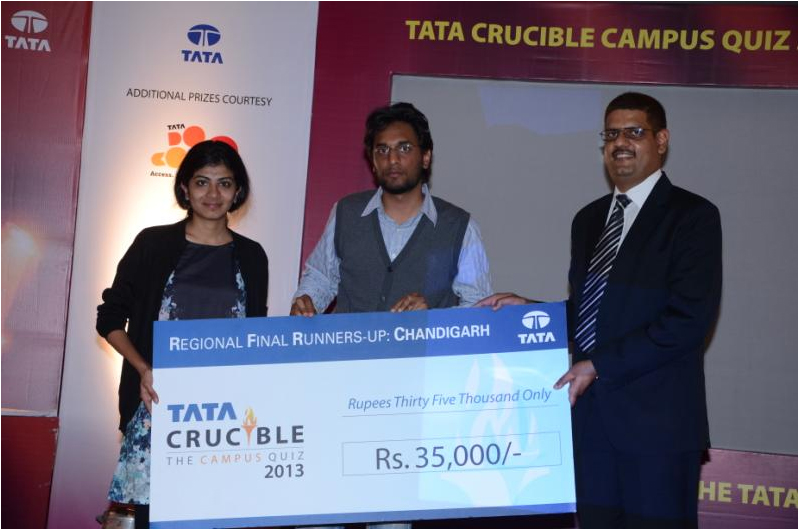 Runner Up, Punjab Engineering College - Avijeet B and Ms.Kriti Tripathi

Excitement, Exuberance, Exhilaration were all exhibited at the Chandigarh edition of Crucible. A fantastic afternoon of quizzing with all the twists and turns of a blockbuster, and the eventual triumph of a challenger over a champion. Cut to the action and it was a quick prelim with over 100 teams that led to the final six.

The final was a battle of the nerves, from the word go, with IISER racing off to a fairly huge lead only for the PEC teams and Thapar University to bounce back. As the buzzer started play a critical role, the duo of Kriti and Avijeet started moving ahead and after the penultimate round were able to get past IISER who played cautious and did not take a few chances.

In the final frontier, the other PEC team of Abhishek and Gursheel burst back into the scene and got themselves into striking distance of their own college mates while IISER got ahead again with a good answer. With pressure at its peak, Kriti and Avijeet did push for a kill but could not get past IISER and had to settle for runner up. IISER on its part registered their first ever win at a Tata Crucible.

The guest of honour Mr. Nipun Sharma the COO of Tata Docomo, Upper North, a quizzer himself gave away the prizes to the teams.