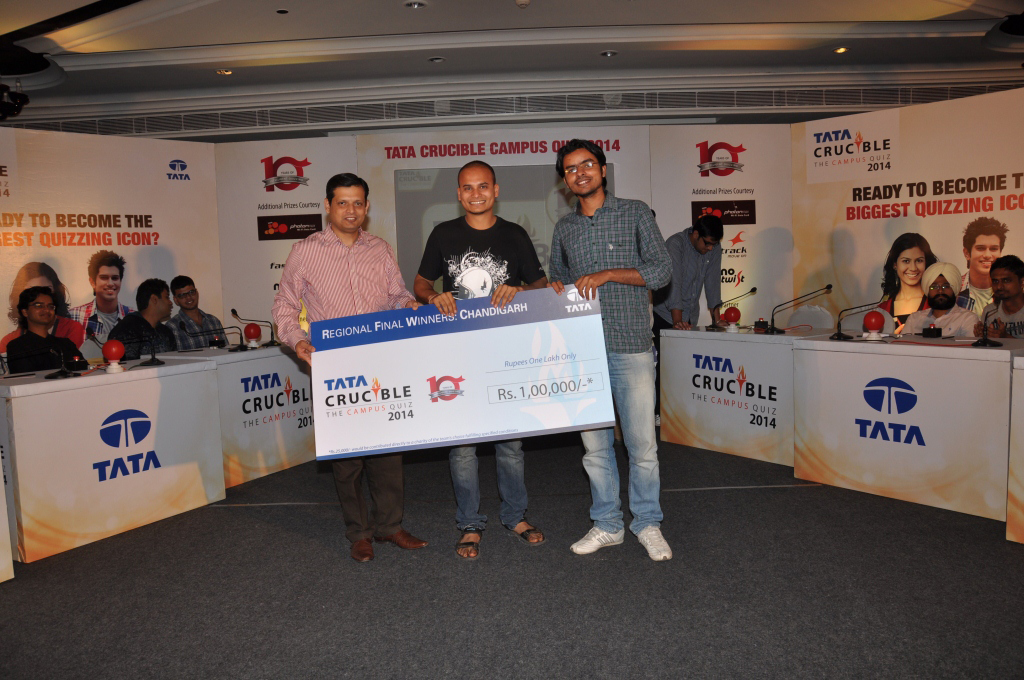 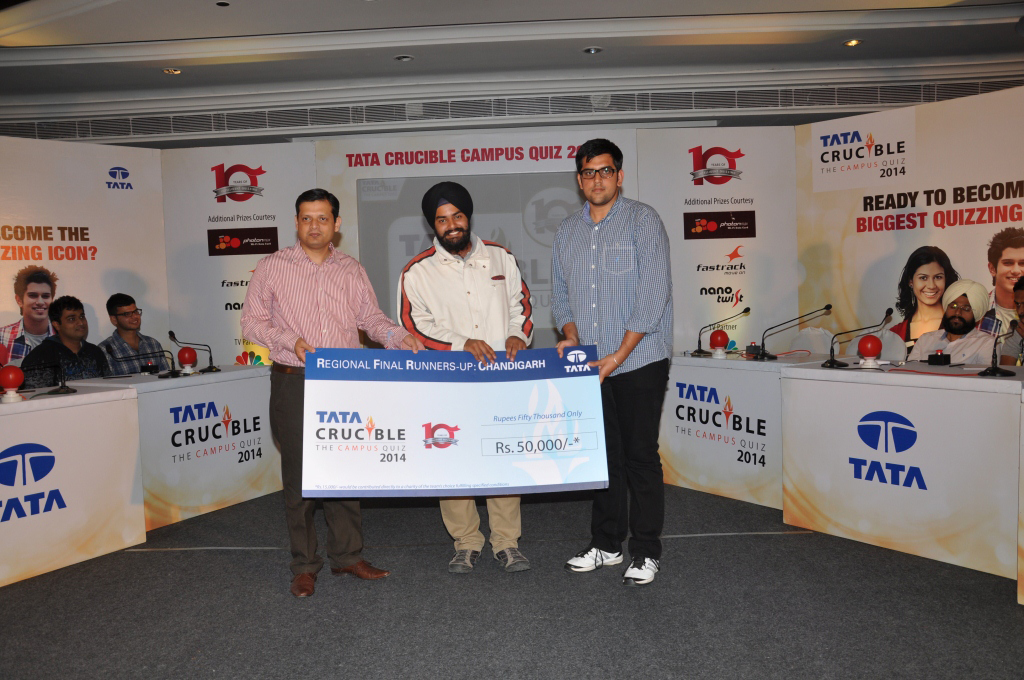 A Sunday afternoon and the eve of Holi is perhaps not an ideal day for a quiz, but the turnout at Chandigarh proved that notion wrong as teams came in for the annual battle of wits. A quick prelim and six teams were battling for the city honours.

It was an interesting final with loads of humour from the quizmaster and the teams. As the battle moved from one round to another the teams also scored one oafter the other making it tough to choose a possible winner.

The buzzers came into force and that certainly helped IISER (Anurag and Abhishek) and PEC (Abhishek and Gursheel), to get ahead of the rest. The IISER duo then cracked a couple of really good ones to get themselves into a position of comfort and defending their cause well to win the final.

PEC did make some valiant attempts to catch up but had to settle for the runner up title. The guest of honour Mr.Anurag Verma (IAS), Excise and Tax Commissioner, Punjab , recalled his college days and his quizzes and appreciated all the teams for the high knowledge levels displayed.