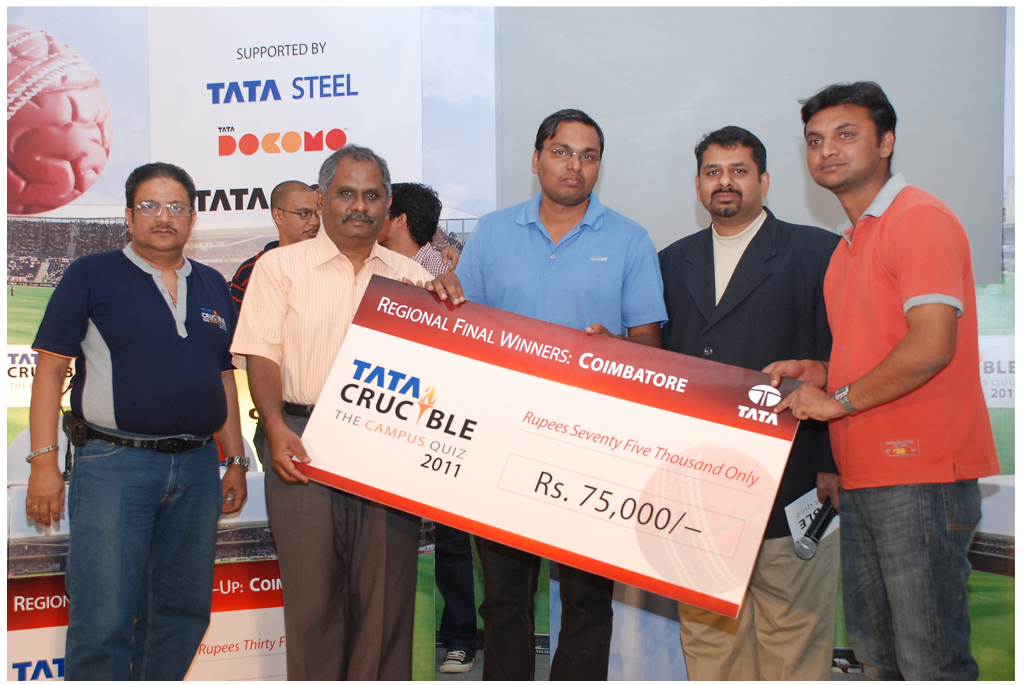 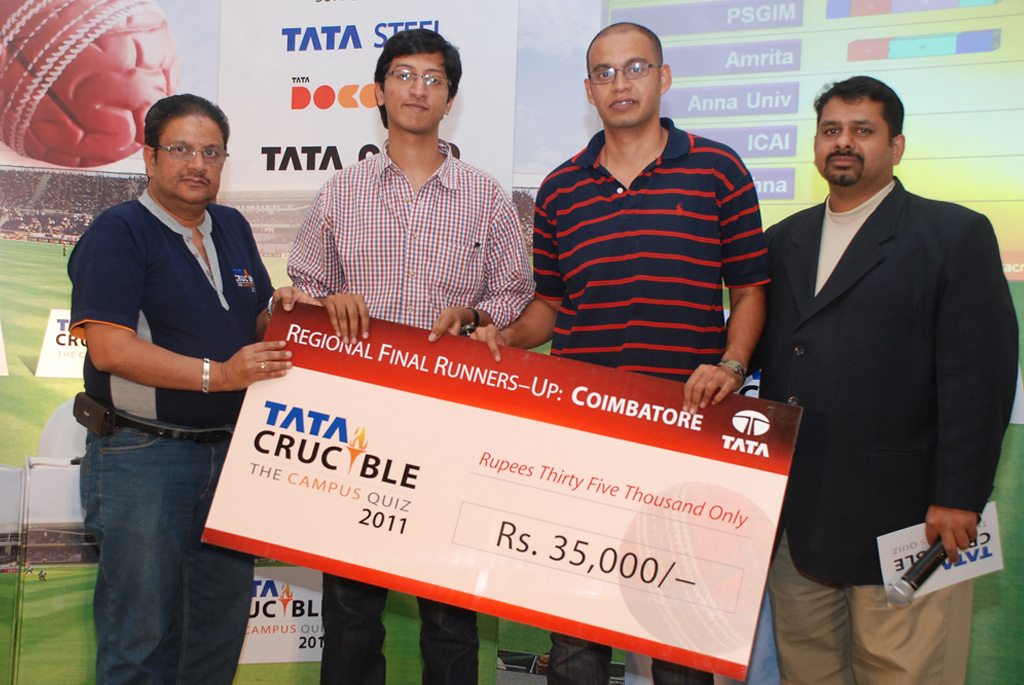 The Coimbatore edition of Tata Crucible reflected all the ups and downs of a cricket thriller with a format that is inspired by the shorter version of the game. With runs, powerplays and third umpires to boot, the quiz was a sure blockbuster.

A quick prelim and the six finalists were

The final began with PSGIM taking early runs and getting off to a flying start with a huge home crowd cheering them on every right answer. The game moved swiftly into the buzzer phase and the dynamics of the match began to change.

The duo from Bharathiar University and Amrita played some lovely drives to get themselves back in the reckoning as PSGIM continued to stay ahead. The seasoned quizmaster Pickbrain cautioned the audience that like cricket in this Crucible format nothing is certain till the last ball is bowled.

Prophetic seemed his words as team Bharathiar cracked a super four to inch past PSGIM. The pressure began to tell and PSGIM went for a big one only to take a negative and fall back while Amrita gained a few runs to create a fascinating platform for a last ball finish where all the three teams could have won the game. The duo from Bharathiar University took the challenge and clinched the title on the final ball with Amrita settling for the second spot and PSGIM pushed to the third place.

The quiz also witnessed the participation of seasoned corporate quizzers as part of the audience and their presence was acknowledged by Pickbrain as a reflection of the community that Tata Crucible fosters and a commitment by these corporate to build young quizzing talent at Coimbatore. A great Sunday afternoon with loads of prizes, abundant fun and some valuable lessons learnt.