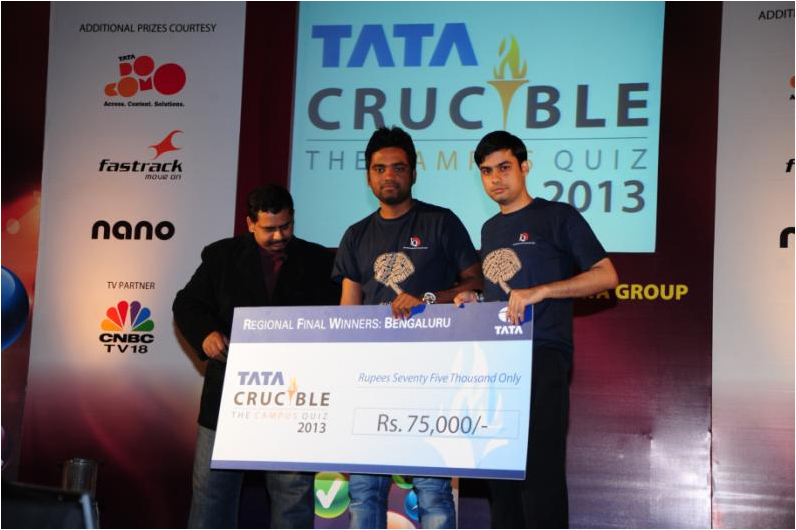 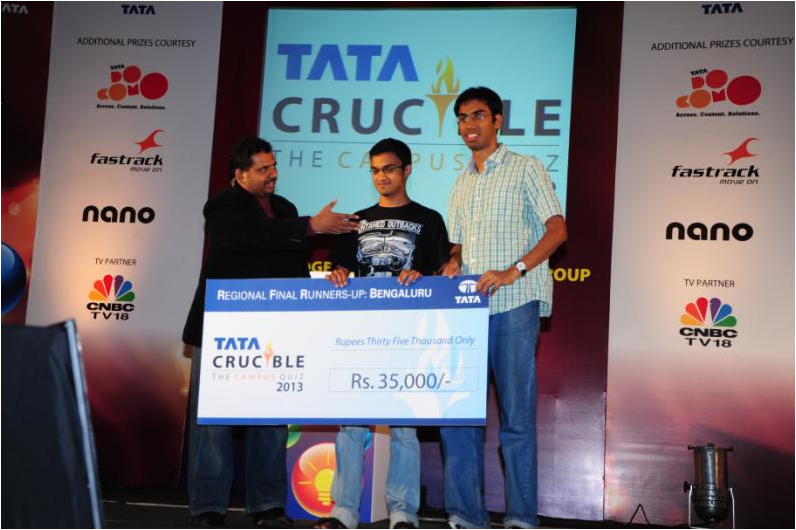 Over 240 teams and hardly any space at the sprawling Nimhans Convention Center reflected the mood of Bangalore as everyone seemed geared for the Tata Crucible edition in the city. Many walked in just to witness the South Zone final that followed the Bangalore round.

The Bangalore final was a thriller from the word go. All teams were well prepared and as the quiz moved into the buzzer phase as many as five teams had a chance to win the quiz. In the final rounds, BMSCE and IIMB were locked on the same score with MES, ICAI and RVCE right behind.

In a dramatic ending the BMSCE duo hit a 15 pointer on the penultimate question to set themselves up for a title win but on the final question a brave IIM-B team took a huge gamble and went for the 15 pointer, cracked it and forced a tie breaker. In the tense tie that followed, it was IIM-B that went into the zonal finals.