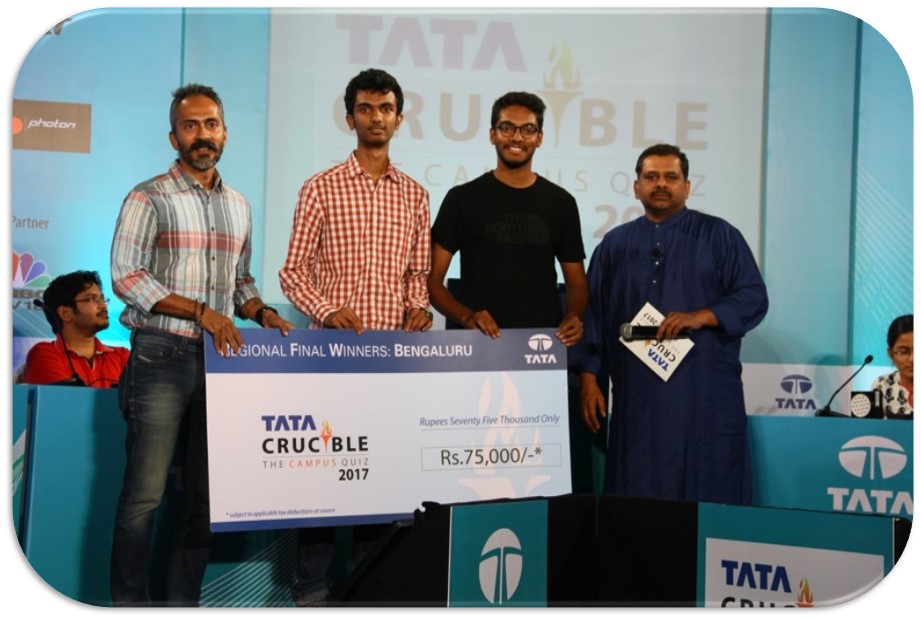 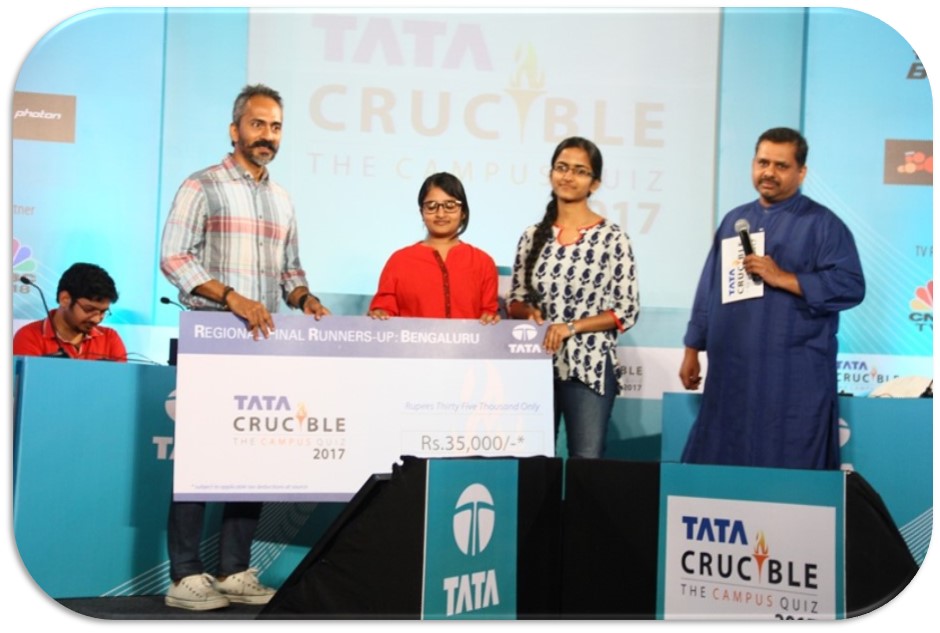 With over 700 students in the auditorium the energy levels were high. Pickbrainâ€™s popularity in his home town was visible from the welcome he received. He started in style with a greeting in Kannada drawing a huge applause before getting down to business. He was crisp with the prelim and it resulted in these six teams getting into the final.

The final quickly transcended into a five way battle IIM, NMKRV, Christ, NLS and PES all scoring well. It took the entire quiz and nothing really emerged as most teams were locked on similar scores.

The NLS team tried their best to get ahead but lost â€˜crubitsâ€™ every time they gained to not find the momentum. The IIM team too played their hearts out, but missed by a whisker. It came down to a tie-breaker between, three teams for the top slot, a first for this season.

The PES duo took the risk and cracked the poser to win their first ever title. NMKRV got the better of Christ University to emerge runner-up.