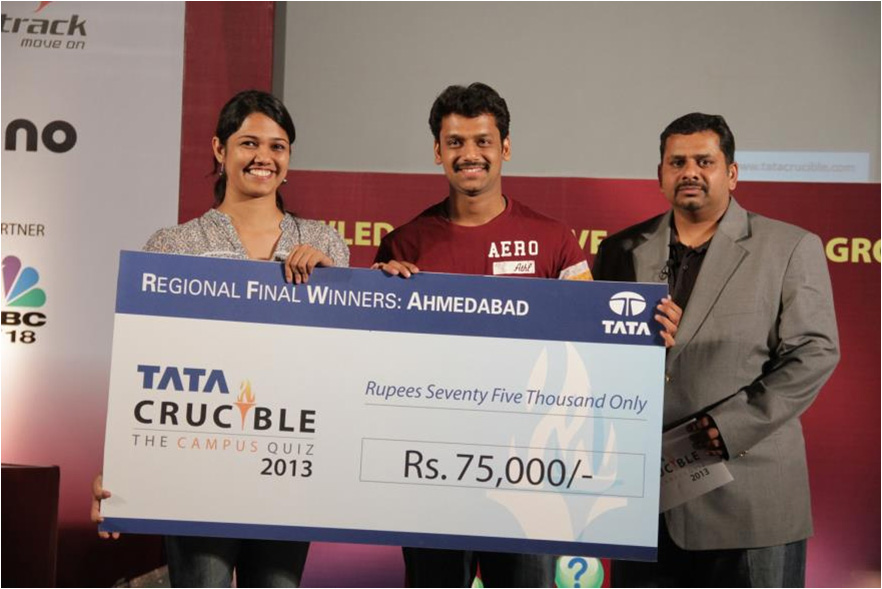 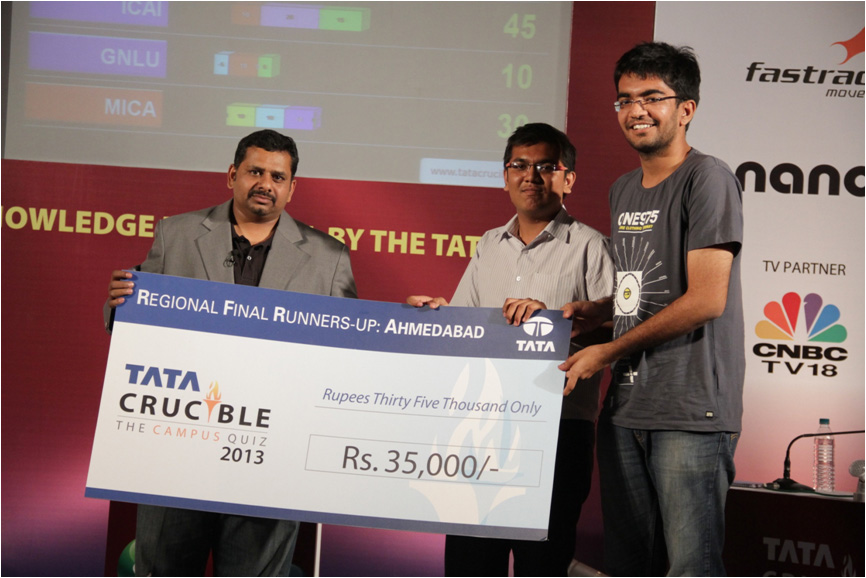 With 263 teams, the Gujarat edition of the quiz witnessed one of the toughest battles to qualify into a final as the quality of the teams was also very high. Many teams cross the first barrier of 50% marks in the prelim and that made the team evaluating the answers carefully spend time in identifying the wild card teams.

The quality and intensity of the battle in the wildcard itself set the stage for an absorbing finale that was to follow.

The final was of a very high quality of quizzing prompting the quizmaster Pickbrain to comment that he “often felt Ahmedabad was like a national final before one actually got there”. It began with all teams looking good for the first couple of rounds. As the buzzers came into play team IIM trying to gain ground took a few chances but lost out and could somehow never regain from those initial negatives.

The two MICA teams and ICAI were a little ahead of the rest in the next few rounds before MICA represented by Ashish and Neha pressed the throttle and got past the others to a very safe position that would secure them the Gujarat title without much effort in the final round. That left the other MICA team to battle for the second spot with ICAI and it went down to the final question of the quiz, when ICAI took a 15 point gambit and got it right to win themselves the runner up title.

Nirma Univ. at this stage played the game with great care, maturity and composure and did not give an inch to any team holding their own and making it to the national final. MICA finally finishing ahead of NIT and IIMA for a credible runner up slot.