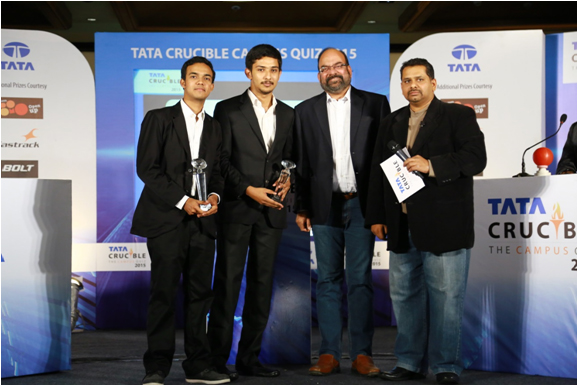 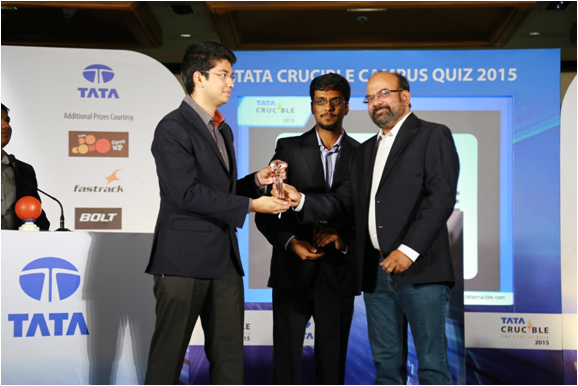 The south zonals for the 2015 edition of Tata Crucible was an exciting event that featured very capable teams from across cities in southern India. The champions from the respective cities who qualified were:

The final was a keenly fought pot boiler that saw several teams gain and lose runs, as they tried to out beat each other on the buzzer. The intensity of the battle was such that room for error was not affordable.

The quiz progressed quickly with the Govt. Law College Kochi making headway and then choosing to play safe as the other teams battled with each other. The lead they had by the middle over was sufficient to see them through, in the end.

The battle for the second slot from the southern zone was very tight, TAPMI, NIT, BIM and Christ all in with a chance. At the end it was the patience and some quality answers that prevailed for TAPMI to get past the others into the national finale.

The guest of honour Mr. Raj Narayanan, Chief Human Resources Officer, Titan appreciated the teams and spoke about the importance of learning irrespective of the medium and said the outcome does not matter as long one learns from it.