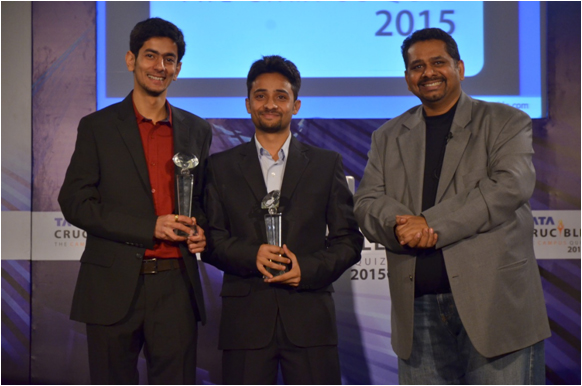 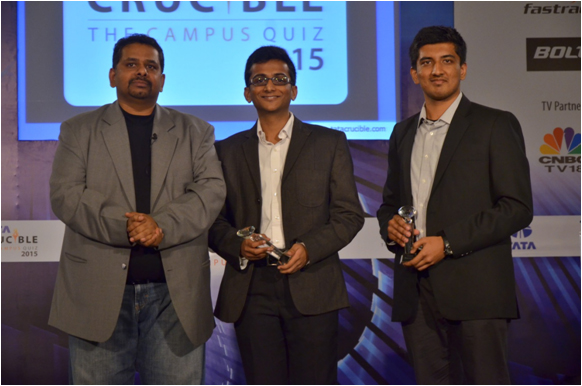 The north zonals for the 2015 edition of Tata Crucible was a riveting finale that featured eight amazing champion teams from across cities in northern India. The champions from the respective cities who qualified were:

The final was a thriller from the word go. IMT started on the wrong foot but came quickly, teams like Ashoka Univ. and UPES doing their best in part but unable to sustain a momentum during the early overs.

As the quiz progressed, the intensity of the battle was such that room for error was soon negligible and teams became cautious. MIET, NIT and LNMIIT all making headway and then choosing to play safe as the other teams battled with each other.

In the final over the quizmaster observed something no one in the audience caught as he said “All teams with the starting letter J for their city are in the fray. Jammu, Jalandhar and Jaipur”.

At the end it was the prudence and some quality answers that prevailed for LNMIIT Jaipur to get past the post first and into the national finale. They were fine to secure that slot even if it meant losing the pole position to a gutsy young team from MIET Jammu, who were keen to win and did so edging out NIT Jalandhar by a whisker.